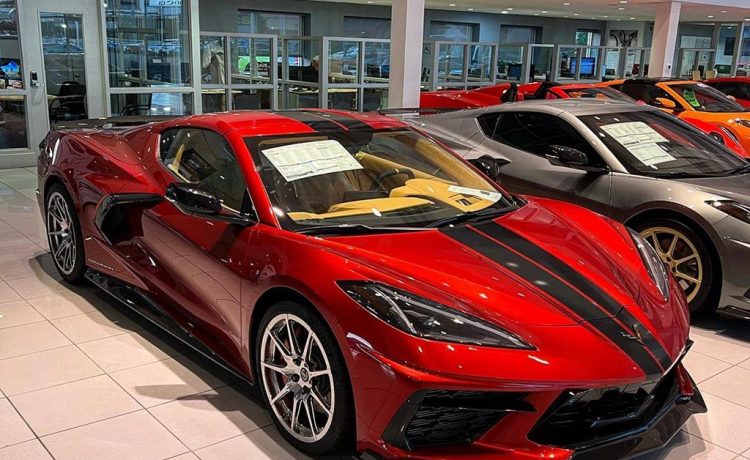 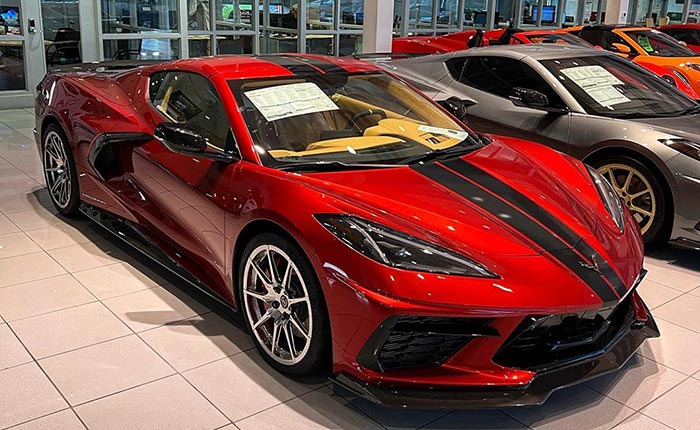 Despite the fact that tens of thousands of mid-engine Corvettes have already been built over the past four model years, supply-chain issues and market pressures continue to keep values high for the C8.

In fact, a recent analysis of 1.9 million new car listings by iSeeCars positions the Corvette in ninth place at 19.5 percent or $14,697 above MSRP (Manufacturer’s Suggested Retail Price). 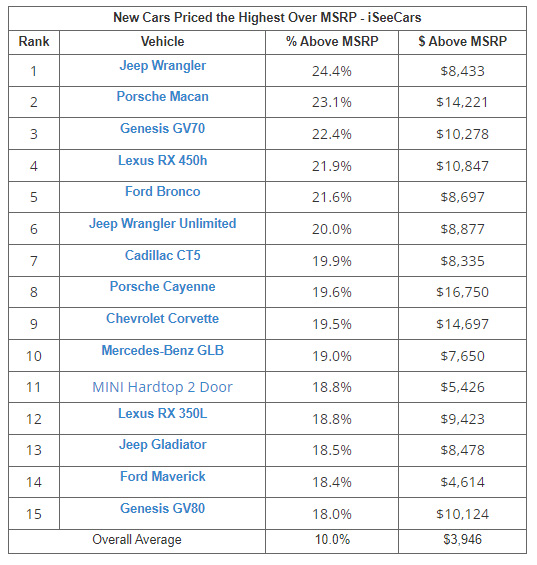 “Dealers have responded to market conditions by pricing cars above MSRP making a higher profit on specific models to help offset lower sales volumes from restricted new car production,” said iSeeCars Executive Analyst Karl Brauer. “In today’s market, consumers are willing to pay well-above sticker price for new cars because inventory is so scarce and because they know that new car pricing is not expected to improve until 2023 at the earliest.”

Of the two American sports cars on the list, Brauer said:

“Demand for the mid-engine Chevrolet Corvette has exceeded supply since its launch for the 2020 model year, and its high demand contributes to the vehicle consistently selling over MSRP. The Cadillac CT5-V Blackwing trim, which debuted for 2022, has a supercharged V8, and the low availability of the high-performance trim led to significant markups.”

According to iSeeCars, it analyzed more than 1.9 million new cars sold between July 1 and September 7, 2022, and compared their list price to their MSRP. The average difference was expressed as a percentage from MSRP and used to rank the vehicle models. Low-volume models and heavy-duty vehicles were excluded from further analysis.