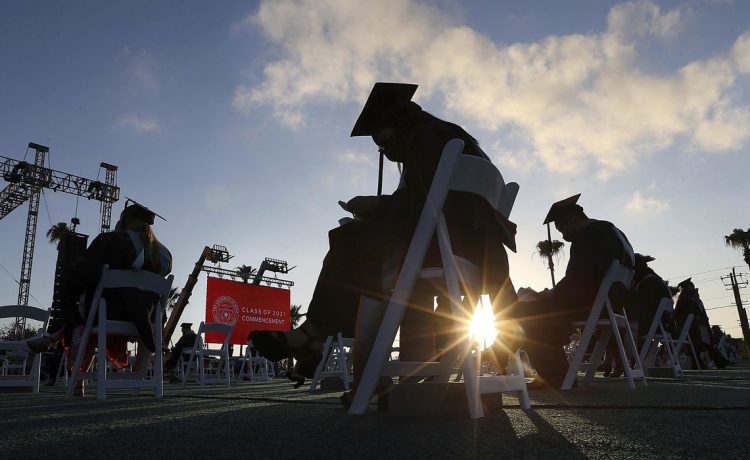 President Biden’s election-year plan to cancel student loan debt would cost the Treasury at least $329 billion and would mostly benefit wealthier taxpayers, according to a study released Tuesday.

The Penn-Wharton Budget Model found that forgiving $10,000 of student debt per borrower for families with incomes of up to $125,000 annually, as Mr. Biden is reportedly considering, would cost $329.7 billion over 10 years.

The study showed that a majority of the relief would go to borrowers in the top 60% of earners.

The president could announce his decision as soon as Wednesday. The pause on student loan repayments that has been in effect since March 2020 is set to expire on August 31.

Deficit hawks say the president’s action would wipe out much of the expected deficit reduction from Democrats’ so-called “Inflation Reduction Act” that Mr. Biden signed into law last week. The $740 billion climate-and-tax measure, which is a scaled-down version of the president’s “Build Back Better” agenda, includes provisions to reduce budget deficits by $275 billion over 10 years.

SEE ALSO: White House poised to cancel up to $10K in debt for some student loans: Report

“Simply extending the current repayment pause through the end of the year would cost $20 billion – equivalent to the total deficit reduction from the first six years of the IRA, by our rough estimates,” said the nonpartisan Committee for a Responsible Federal Budget. “Cancelling $10,000 per person of student debt for households making below $300,000 a year would cost roughly $230 billion. Combined, these policies would consume nearly ten years of deficit reduction from the Inflation Reduction Act.”

Liberal Democrats such as Sen. Elizabeth Warren of Massachusetts have pressed for a far more sweeping loan forgiveness program. Among Democrats criticizing the push is former Treasury Secretary Larry Summers, who said the debt relief “is spending that raises demand and increases inflation.”

“It consumes resources that could be better used helping those who did not, for whatever reason, have the chance to attend college,” Mr. Summers tweeted.

Republicans say the expected move by Mr. Biden would bail out wealthier taxpayers and worsen inflation at the expense of middle-class workers.

Liberal activists are complaining about Mr. Biden’s reported plan to cap debt relief at an income level of $125,000. Melissa Bryne, executive director of We The 45 Million, called it “an outrageous violation of President Biden’s March 2020 campaign promise of a minimum of 10k cancellation for all borrowers.”

“The hoops of means testing means that millions and millions of borrowers won’t get help,” she said.

Student loan payments have been paused for 43 million federal borrowers since the onset of the COVID-19 pandemic in March 2020. The moratorium has been extended six times under both the Trump and Biden administrations.

— Matt Delaney contributed to this report.