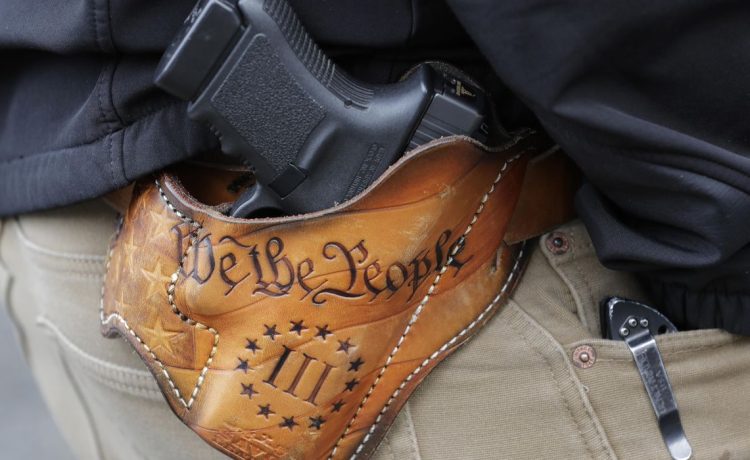 The number of handgun owners who carried a firearm each day doubled from 2015 to 2019, according to a new study.

The study’s authors said in 2019 an estimated 6 million people carried a handgun daily (while not in their car), up from an estimated 3 million who carried in 2015.

An estimated 16 million carried a handgun at least once per month in 2019, compared to an estimated 9 million who did the same in 2015.

A majority of respondents (72%) who participated in the study said they carried a handgun on them for personal protection.

That goes with a large increase in the number of people who are buying guns for protective reasons over the past 30 years.

SEE ALSO: Can the military save affirmative action?

Researchers at the University of Washington gathered data for the study using the National Firearms Surveys from 2015 and 2019. The study was then narrowed to examine the carrying habits of the over 2,300 handgun owners who responded to NFS’ surveys.

While the study shows an increase in the number of people holstering a firearm in public, less than half of all handgun owners are carrying their weapon outside of their home.

Researchers said that about 3 in 10 handgun owners carried a handgun on their person in the past 30 days. Among those people, about 4 in 10 did so every day.

The study, titled “Trend in Loaded Handgun Carrying Among Adult Handgun Owners in the United States, 2015‒2019,” was published in the American Journal of Public Health earlier this month.