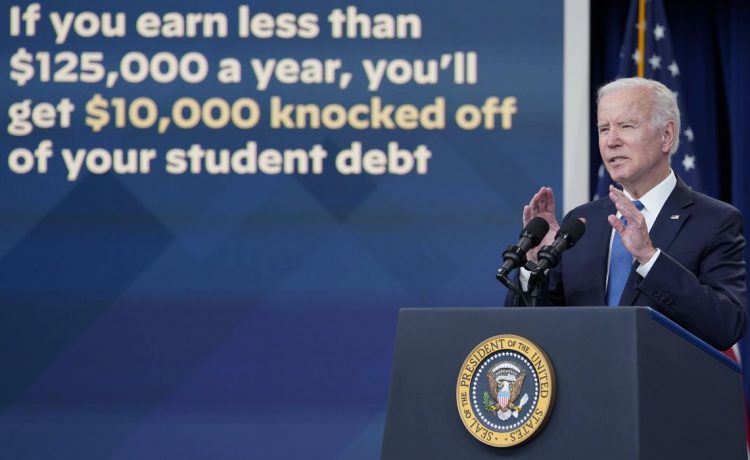 A Wisconsin taxpayer group has asked the Supreme Court to halt President Biden’s student loan forgiveness plan while litigation over the measure proceeds in lower court.

“The Biden Administration will start automatically cancelling student-loan debts owed by tens of millions of borrowers. The blow to the United States Treasury and taxpayers will be staggering — perhaps costing more than one trillion dollars,” the group argued in its 29-page filing. “If this program goes forward as planned on Sunday, then the President will unilaterally spend roughly 4% of the nation’s Gross Domestic Product.”

The organization’s legal argument is that Congress has the spending power under the Constitution — not the president — so debt forgiveness runs afoul of the separation of powers.

Justice Barrett could act on the emergency request to issue an injunction against the debt cancellation on her own, or refer the matter to the full court for consideration.

The president cited the HEROES Act for supporting his move, which was passed after Sept. 11 and gave the executive branch authority to forgive certain debt regarding the military during emergencies.

The Biden administration says the COVID-19 pandemic is considered an emergency under the law, applying it to student loan borrowers.

The administration faces other legal challenges over the move from advocacy groups, as well as a group of red states seeking to block the forgiveness.