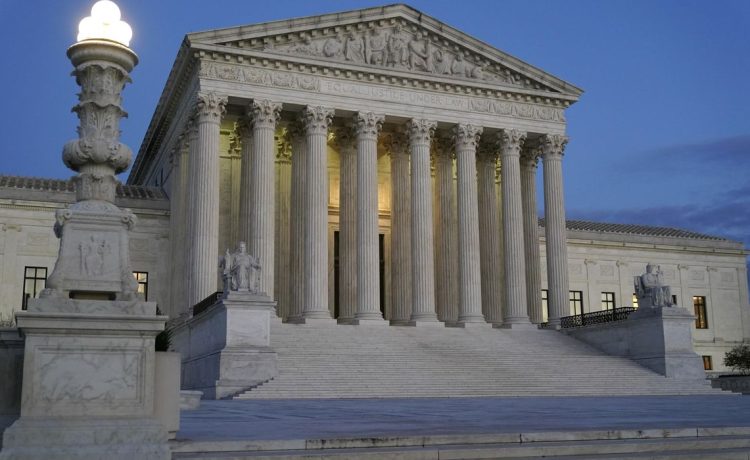 A coalition of GOP-led states pleaded with the Supreme Court to keep the Title 42 border policy in place, asking Monday for an emergency ruling to head off what experts fear would be a total breakdown at the U.S.-Mexico border.

The desperation move came a little more than a day before Title 42 is slated to end, and the states face an uphill battle after a circuit court rejected their request on Friday, saying they waited too long to try to intervene in the case.

But the states, led by Arizona Attorney General Mark Brnovich, said there’s too much at stake for the courts to duck a ruling.

“Getting rid of Title 42 will recklessly and needlessly endanger more Americans and migrants by exacerbating the catastrophe that is occurring at our southern border,” Mr. Brnovich said in announcing the request to stay the lower court rulings.

Title 42, put in place by the Trump administration and continued by the Biden administration, albeit at times reluctantly, allows illegal immigrants to be expelled at the border because of the COVID-19 pandemic.

Even though border chaos is already at unprecedented levels, experts say Title 42 has kept it from becoming even worse.

Current levels of between 6,000 and 7,000 migrants a day — already a record sustained pace — could quickly double.

But immigrant-rights activists say Title 42 is cruel to migrants, preventing them from making claims of protection such as requests for asylum.