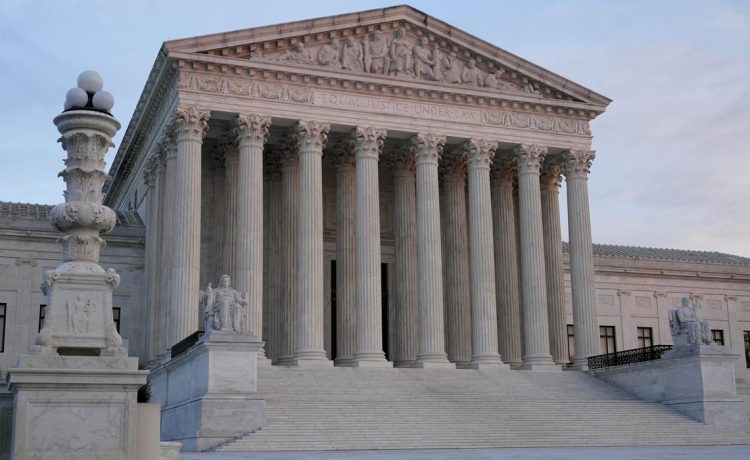 The Supreme Court declined Wednesday to block parts of a New York law restricting the carrying of handguns in the state.

A group of New Yorkers asked the justices to undo a ruling by the U.S. Court of Appeals for the 2nd Circuit that allowed the state’s gun control law to remain in place while courts consider the case.

A district court had ruled the new law is unconstitutional and infringed upon the Second Amendment, putting in place an injunction to block its enforcement. The new law was enacted days after the Supreme Court in June handed down its ruling in New York State Rifle & Pistol Association v. Bruen which upended the state’s prior gun control law.

The high court’s move on Wednesday allows the injunction to be lifted and the law to be enforced.

There were no noted dissents with the court’s decision. Justices Samuel A. Alito Jr. and Clarence Thomas, though, issued a statement that the court is respecting the Second Circuit’s process in lifting the injunction while it considers the lawsuit.

However, both justices signaled they are skeptical of the law.

“The New York law at issue in this application presents novel and serious questions under both the First and the Second Amendments,” wrote Justice Alito, joined by Justice Thomas. “Applicants should not be deterred by today’s order from again seeking relief if the Second Circuit does not, within a reasonable time, provide an explanation for its stay order or expedite consideration of the appeal.”

The Supreme Court ruled in June that any gun control law should be upheld only if it is consistent with the nation’s history and traditions related to the Second Amendment.

The historic ruling struck down New York’s gun licensing scheme, which required people to show proper cause or a special need for carrying a gun for self-defense.

New York lawmakers issued a revamped gun control measure days after the Supreme Court ruling. State lawmakers have made it nearly impossible to carry a firearm into any building — public or private — within the state.

The law, which took effect in September, eliminates a requirement to demonstrate a special need to obtain a license to carry. In its place, the state has issued a lengthy list of locations where guns are banned.

The move makes it nearly impossible to legally carry a firearm anywhere in the state.

It requires any private building to disclose whether an individual may carry a gun inside. Without permission from an owner, a gun holder could risk criminal prosecution for carrying a firearm inside a private establishment.