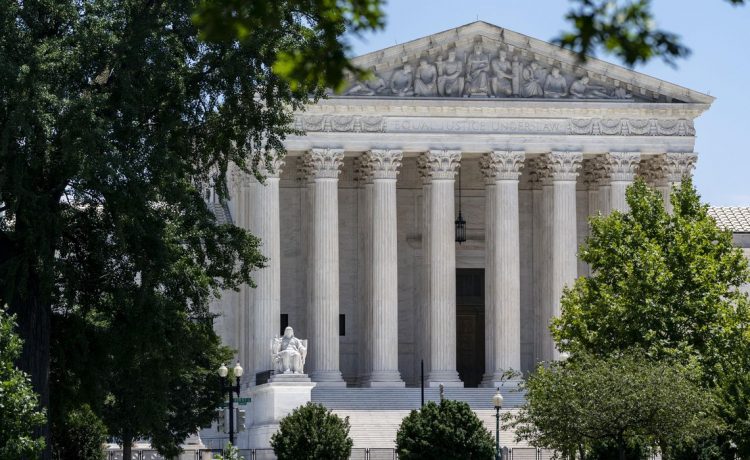 The Supreme Court delivered a significant boost to federalism with its ruling returning abortion decisions to the states, but court watchers say the justices’ overall approach is more of a mixed bag when it comes to states’ rights.

Just a day before the abortion ruling, the justices had come out with a decision wiping away state laws that limited issuance of concealed weapons permits.

In each case the GOP-appointed justices who wrote the decision said they were adhering to original constitutional principles, but the differing outcomes for states left some critics confounded.

“Such a contradiction,” opined House Speaker Nancy Pelosi. “The hypocrisy is raging.”

Elliot Mincberg, senior fellow at People For the American Way, said the justices are only after specific policy results.

“What really unites all these cases whether the state wins or loses is an ideologically, far right point of view by the majority,” Mr. Mincberg said. “It is our ideology or the highway. We have the control and we are going to exercise it and sometimes it helps the states and sometimes it doesn’t.”

SEE ALSO: Feds send pregnant migrant teens to states where they can get abortions

Josh Blackman, a professor at South Texas College of Law, acknowledged there is tension between the gun and abortion rulings.

“You can reconcile them by saying abortion is not in the Constitution, while the Second Amendment is listed, but that explanation is not very helpful,” Mr. Blackman said. “In general, I think the court is trying to get the judiciary out of the business of deciding contentious issues.”

Justice Alito said abortion rights weren’t one the minds of either the founding generation nor the one that wrote the 14th Amendment — two sources identified as the basis for a right to abortion by the 1973 court that decided Roe v. Wade.

States themselves largely regulated abortion at the time, and the Constitution as written did nothing to abrogate that, he ruled.

The justices, in a flurry of activity at the end of June, also bolstered state legislatures’ ability to intervene to defend the laws they passed, and ruled in favor of GOP-led states who sued to stop the Environmental Protection Agency from claiming powers to broadly regulate greenhouse gas emissions.

In West Virginia v. EPA, the justices said that while Congress could have given the EPA that power, it didn’t.

Lisa Nelson, CEO of American Legislative Exchange Council, a nonprofit focused on limited government, said that the Roberts court is focused on federalism.

“The justices are rolling back decades of federal administrative creep and overreach. This return of power to the states will lead to better government for generations to come,” Ms. Nelson said.

Ilya Shapiro, senior fellow at the Manhattan Institute, said each of these cases land in a different area of law, but they yield similar results.

“They don’t have anything in common other than that they achieved policy results that conservatives like,” Mr. Shapiro said. “In terms of the jurisprudence, it is fair to say the Supreme Court is enforcing federalism and the separation of powers.”

States rights will return to the fore of the court’s docket when the new term begins in October.

The justices are slated to settle whether state legislatures or state courts have final say over rules for state elections. That case, Moore v. Harper, comes to the justices from North Carolina.

The high court is also weighing a case involving the Indian Child Welfare Act of 1978 and whether a state has authority over where to place children, or if tribal law reigns supreme.

A date for oral arguments in those disputes has not yet been scheduled.