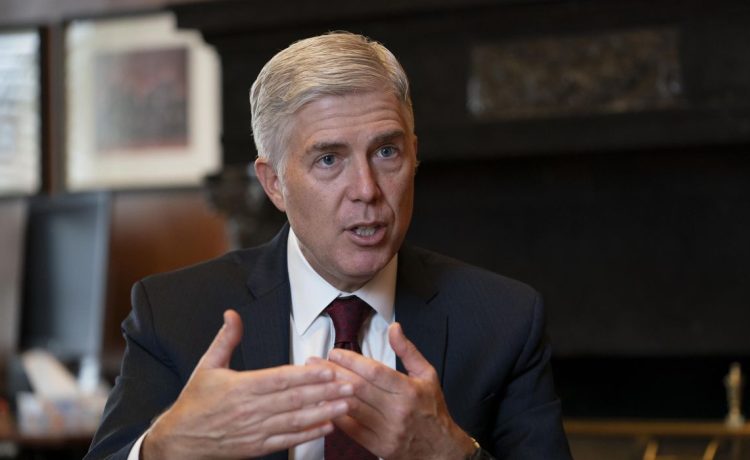 Supreme Court Justice Neil M. Gorsuch was expected to be conservatives’ barbarian at the gates of big government, leading a charge to tear down the 1984 case they pinpoint as a legal justification for expansion of the regulatory state.

Those hopes were inflated by the confirmation of two more Trump appointees to the high court, delivering what conservative legal scholars thought might be reinforcement for the effort to tear down Chevron U.S.A. v. Natural Resources Defense Council, the case in question.

Yet Chevron remains, having survived myriad chances to strike it from the books.

The latest miss came last month, in a case involving the Department of Veterans Affairs’ interpretation of rules governing disability coverage. The high court declined to take the case, sparking a spirited dissent from Justice Gorsuch, who said it was time to dust-bin Chevron.

“At this late hour, the whole project deserves a tombstone no one can miss,” he wrote.

None of his colleagues joined his dissent, but he will get another chance to try to sway them soon in a case filed by fishermen who complain that the National Marine Fisheries Service has run amok with a plan to charge fishing vessels as much as $700 a day to hire a monitor to police their catch.

The fishermen lost in the federal appeals court, 2-1, in a ruling in which the majority cited Chevron in deferring to the agency’s judgment.

“Judges are supposed to be a check on executive-branch abuses, but Chevron deference turns that upside down and transforms judges into rubber stamps for the whims of the federal bureaucracy,” Stefan Axelsson, captain of a fishing vessel in New Jersey, wrote in the National Review this month.

The Fisheries Service says it plans to shutter the program next year, but the fishermen are asking the high court to hear their case nonetheless, looking to get a final ruling on what the law allows.

“Chevron deference” is the term of art lawyers gave to how courts have treated the 1984 ruling, which involved a fight between the energy giant and the Environmental Protection Agency and its environmental allies. The court, in a 6-3 ruling, said the EPA’s interpretation of a law was reasonable and that courts should defer to agency judgment in cases in which the law was ambiguous.

To defenders, it blazed a path to good government, putting the experts at federal agencies in charge of the finer points of policy-making.

To detractors, Chevron is the stuff of Orwellian dystopias, siphoning massive amounts of political power away from Congress and the courts and turning it over to unelected and usually anonymous bureaucrats.

In the ensuing decades, the case has become legendary, less for what it said than the way it has been used by some lower courts — particularly the appeals court in Washington that handles so many agency cases — to create a presumption in favor of an agency’s decisions.

“The problem with Chevron isn’t the initial decision, it’s the fact that some of the time afterward, some courts treat it as if it’s giving the agency the authority to interpret the law instead of the court,” said Ronald A. Cass, former dean emeritus of Boston University School of Law.

He has called Chevron “the most talked about, most written about, most cited administrative law decision of the Supreme Court. Ever.”

It played a major role at Justice Gorsuch’s confirmation hearing, with the then-nominee drawing cheers from Republicans for saying it was time judges got back on the playing field and reined in agencies that freelanced beyond the corners of the law.

But a series of cases that presented such an opportunity came and went without a death blow.

“Overruling Chevron may seem like a good idea when there is a Democratic administration, but will frustrate a Republican president as well. The court will likely keep the status quo,” said Josh Blackman, a professor at South Texas College of Law.

Adam Feldman, a Supreme Court expert and creator of Empirical SCOTUS, said the high court likely has three justices — Samuel A. Alito Jr., Clarence Thomas and Justice Gorsuch — who would be willing to revisit Chevron.

But when it comes to the other GOP appointees, their willingness to overturn the precedent is unclear.

“The justices are still trying to define their role in implementation of congressional policies. As long as the agencies are in some control, the court isn’t pit directly against Congress as often. The oversight will change if deference to agencies diminish,” he said. “I think this might frighten some of the justices on the fence from totally overruling Chevron and then having to go back to a system where the court is really monitoring Congress’ actions more closely.”

Mr. Cass said justices don’t see a need to overrule the decision because they aren’t particularly restrained by it.

“They’ve been ignoring it when they don’t feel like it has anything to say that they want to hear,” he said.

And he said there are real-world consequences. For example, Thomas H. Buffington, the veteran who challenged the VA’s interpretation of disability benefits, won’t get the assistance Congress might have intended.

“Maybe Chevron maximalism has died of its own weight and is already effectively buried. But even if all that’s true, it offers little comfort for Mr. Buffington and the future veterans who will be forced to live with the VA’s rule and the federal circuit’s precedent,” Justice Gorsuch scolded. “The same goes for other Americans who still find themselves caught in Chevron’s maw from time to time. No measure of silence (on this court’s part) and no number of separate writings (on my part and so many others) will protect them.”