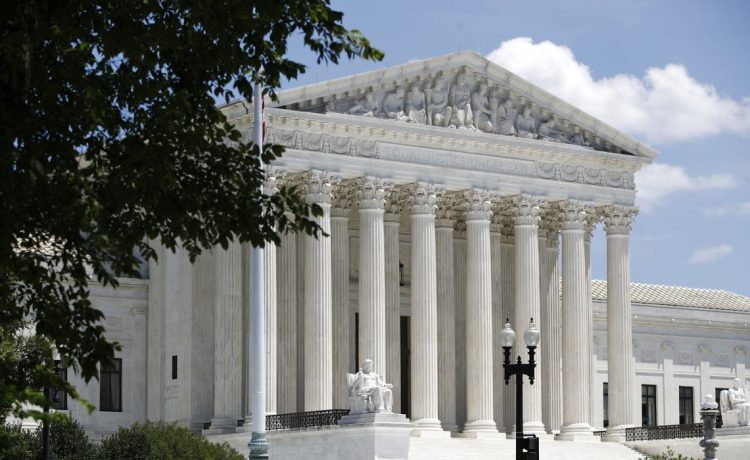 The Supreme Court has heard arguments for only 10 days so far in its 2022 term, but it already has considered at least four legal battles over racial discrimination — suggesting the justices are grappling with issues about identity and culture like the rest of the country.

Court watchers, though, warn against inferring any pattern among the race and identity cases, saying the justices don’t apply a theme to any particular term.

Instead, the justices focus on parts of the law they think need to be addressed, and it just so happens that a few of the cases already being dealt with this year delve into the race debate, watchers say.

Adam Feldman, creator of the Empirical SCOTUS blog, said the current cases that have touched on race and identity are “sufficiently unrelated.”

“I don’t think there is much of a pattern. The conservative justices have had voting rights, gerrymandering and affirmative action on their list of items to amend, and I think that these issues converge as a matter of happenstance rather than an overall agenda on race and identity,” Mr. Feldman said.

Rod Smolla, president of Vermont Law and Graduate School, offered a similar assessment, saying the justices “will get keenly interested” in a certain aspect of constitutional law such as the separation of powers or the equal protection clause “and suddenly pick a cluster of cases over [a] period of years in that area.

“It’s only human nature, and it probably reflects things that a given group of justices believe need a correction,” Mr. Smolla said. “They are likely to take the identity cases because they think the law should change there.”

The high court last month heard arguments in Merrill v. Milligan, a lawsuit alleging racial gerrymandering in Alabama, on its second day back in session after its three-month summer recess.

Voting rights advocates allege that Republican lawmakers had packed Black-dominated areas into a single district to dilute Black representation. Black people make up 27% of Alabama’s population but are the majority in only one of the state’s seven congressional districts.

The justices will decide if state officials violated the Voting Rights Act.

The court later heard arguments in two of this term’s biggest legal disputes — affirmative action policies at Harvard University and the University of North Carolina. Students for Fair Admissions allege the schools’ admission policies violate the Constitution by discriminating against Asian Americans in favor of Blacks and Hispanics.

The court had last upheld affirmative action in 2003, when the late Justice Sandra Day O’Connor noted in the majority opinion that the court hoped race wouldn’t be a factor in 25 years. The Harvard and UNC cases come to the court just six years shy of that deadline.

A fourth race-related case before the Supreme Court involves non-Indian families and their attempts to adopt American Indian children. At issue is the Indian Child Welfare Act, which tribes contend was enacted to protect tribal children from being taken outside their communities.

Jennifer and Chad Brackeen have challenged the federal law. They welcomed a child into their home in 2016 and had a difficult time adopting him, even though they had the support of his birth parents — both American Indians. The tribe argued the child should stay within its community.

The Brackeens say the federal legislation violates the Constitution. Other foster families have joined the legal fight, saying their adoption proceedings had been curtailed due to their lack of Indian blood, too.

Ilya Shapiro, senior fellow and director of constitutional studies at the Manhattan Institute, said the Supreme Court’s term doesn’t necessarily have a theme, but he noted that the court’s 6-3 conservative majority has made the justices more willing to dive into controversial topics.

In the past, retired Justice Anthony Kennedy — a swing vote — may have kept the left and right wings of the court from taking up hot-button issues since both sides were unsure how he would vote.

“The court now in its current composition is more willing to take up cases of political salience or higher profile controversies of various kinds than past courts,” Mr. Shapiro said.

But he said it’s an “exaggeration” to say the justices are inserting themselves into identity culture wars.