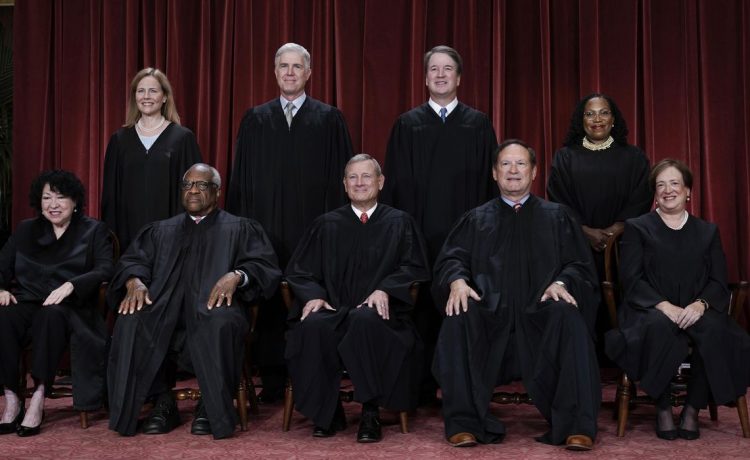 Supreme Court justices cooperated in the investigation of who leaked a draft opinion to the news media last year and were cleared as potential perpetrators, said Supreme Court Marshal Gail A. Curley.

Ms. Curley said she did not believe the justices or their spouses were implicated in the unprecedented breach that previewed the high court’s overturning of Roe v. Wade abortion protections and ignited threats and other pressure to sway the justices.

“During the course of the investigation, I spoke with each of the Justices, several on multiple occasions. The Justices actively cooperated in this iterative process, asking questions and answering mine,” Ms. Curley said in a statement Friday. “I followed up on all credible leads, none of which implicated the Justices or their spouses. On this basis, I did not believe that it was necessary to ask the Justices to sign sworn affidavits.”

A day earlier, the court issued a 23-page report announcing it was unable to identify who leaked a draft opinion in May, indicating that the leaker will likely get away with the most unprecedented leak in the history of the Supreme Court.

Court watchers warned that the leak did irreparable damage to the institution. The leak of the opinion in the case that would overturn Roe — Dobbs v. Jackson Women’s Health Organization — was the first time a full draft opinion had been leaked in the Supreme Court’s 233-year history.

The 23-page report noted that Ms. Curley, who Chief Justice John G. Roberts Jr. assigned to probe the leak in May, interviewed nearly 100 employees — 82 who had access to the draft — and conducted a diligent analysis but has not been able to identify the perpetrator.

“The team has to date been unable to identify a person responsible by a preponderance of the evidence,” the report said.

The report, though, said the investigatory team is continuing to review electronic data.

The forwarning of the court’s decision on abortion outraged pro-choice activists who began protesting outside the homes of conservative justices.

Protests have been ongoing ever since.