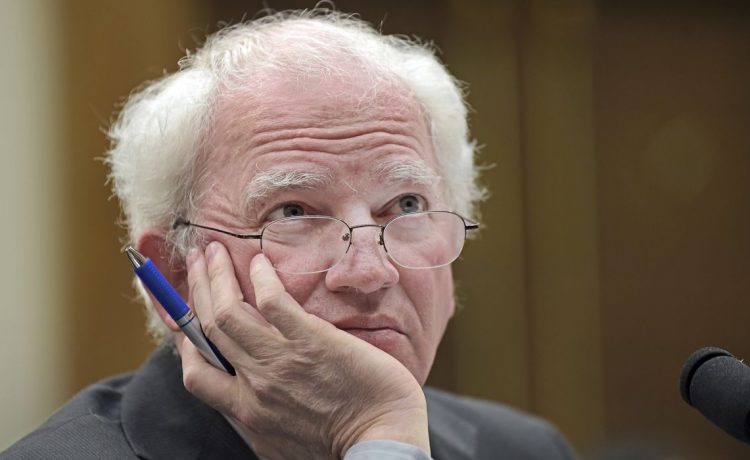 A left-leaning legal group asked the Supreme Court this week to disbar attorney John Eastman because he counseled former President Trump on challenging the 2020 election results.

The 65 Project, named after Mr. Trump’s 65 failed lawsuits aimed at overturning the election, charged that Mr. Eastman violated his oath and duty as a lawyer to conduct himself according to the law and the U.S. Constitution.

“He actively participated in an effort to undermine our elections — a scheme that led to the gravest attack on American democracy since the Civil War,” the group wrote in a 17-page letter to the high court’s clerk. “Mr. Eastman’s conduct went beyond abusing the court system.”

According to the complaint, Mr. Eastman participated in a lawsuit aimed at preventing a group of swing states from certifying their results and a plan to pressure Vice President Mike Pence against declaring President Biden the winner of the Electoral College vote.

The group reasoned that Mr. Eastman had clerked for Justice Thomas and had contact with Justice Thomas’ wife, Virginia Thomas, who attended Mr. Trump’s Jan. 6 rally in Washington.

Both Mr. Eastman and Ms. Thomas have been under scrutiny in recent weeks by the House’s Jan. 6 committee that is investigating Mr. Trump’s involvement in the Capitol riot.

“Dr. Eastman firmly believes the bases for the request are unfounded and will, if necessary, respond to any inquiry before the Court.  He is confident he will be fully vindicated in the matter,” Mr. Burnham said.

Disbarment by the Supreme Court usually occurs after another court or state bar issues punishment against a lawyer.

The justices are on summer recess but could act on the request in the coming weeks.