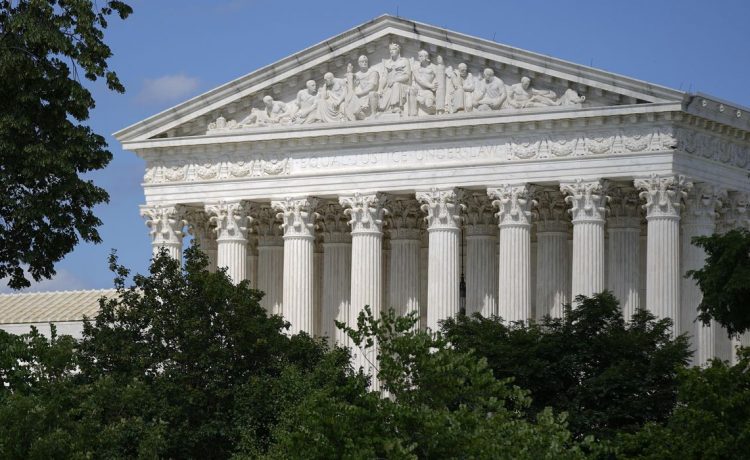 The Supreme Court backed away from a case involving the Trump administration’s attempt to impose a stricter financial test on would-be immigrants, with the justices ruling Wednesday that the matter became too muddied to offer a ruling at this time.

The high court had been asked to decide whether the states had the power to step in.

But Chief Justice John G. Roberts Jr. said the case had become a “mare’s nest,” with a number of other thorny legal questions tucked inside. He agreed with the court’s decision to punt on the case, for now, but said it should not be seen as an imprimatur of the Biden administration’s tactics nor of lower court rulings against the Trump policy.

That policy, known as the “Public Charge Rule,” heightened the standards for would-be immigrants to prove they are self-sufficient. The sufficiency requirement has been part of federal law dating to the 1800s, but over the last 30 years Congress and presidential administrations have argued over what it should mean.

The Clinton administration drew a fairly narrow test for sufficiency, only looking at use of a few welfare programs to determine an immigrant’s self-sufficiency. The Trump administration in 2019 expanded the list of programs that could trigger an adverse determination.

Democrat-led jurisdictions and immigration activists sued to challenge the policy and district courts agreed. The Trump administration appealed, but with the change of administrations the new Biden team said it would no longer pursue the appeals.

GOP-led states, led by Arizona Attorney General Mark Brnovich, asked to step in to defend the Trump rule in a key case, but an appeals court rejected that.

Mr. Brnovich had asked the justices to overturn that decision and allow him to stand in.

But in the meantime, the Biden administration used the lower court rulings as justification to repeal the Trump rule altogether.

“This allowed the Government to circumvent the usual and important requirement, under the Administrative Procedure Act, that a regulation originally promulgated using notice and comment (as the Public Charge Rule was) may only be repealed through notice and comment,” he wrote in an opinion joined by Justices Clarence Thomas, Samuel A. Alito Jr. and Neil M. Gorsuch.

The result of all the legal wrangling is that the Trump-era public charge rule is not in force, and the Biden administration has offered a new proposal that is going through the regulatory process.

Chief Justice Roberts said the court’s decision to back away from the case this week should not be taken as an indication of what happens next.