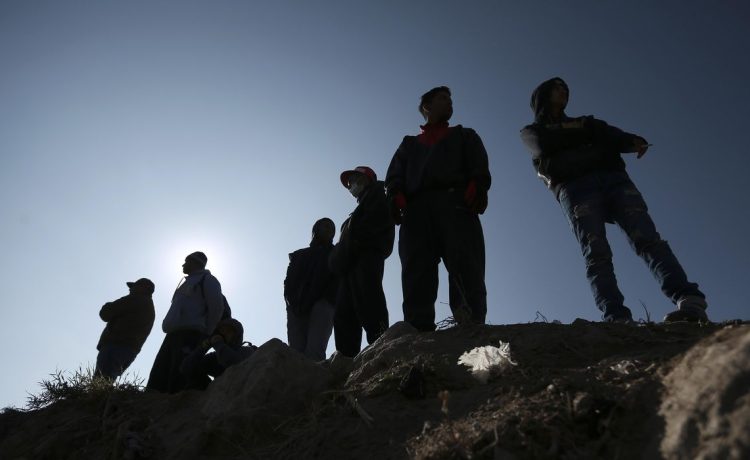 The Supreme Court will soon decide how far someone can go in encouraging illegal immigration.

The justices earlier this month agreed to hear a case involving a man who bilked hundreds of illegal immigrants by promising them a pathway to legal status through adult adoption — something the government has never allowed.

The Biden administration appealed to the Supreme Court, saying that the government “regularly relies” on this part of the law to target migrant smugglers, and without it authorities will struggle to prosecute some bad actors.

“Unless this Court intervenes now and resolves the question presented, the decision below will continue to be a substantial impediment to the nationwide administration of the immigration laws,” Solicitor General Elizabeth Prelogar told the justices.

The case comes to the justices as the border spirals out of control, and as the Biden administration searches for answers that don’t involve adopting the get-tough policies of its predecessor.

Hansen lured at least 471 victims, whom he charged up to $10,000 each for his bogus adult adoption scheme. An FBI analyst figured his outfit made more than $1.8 million.

He admitted to agents that nobody had actually earned citizenship through his scam and acknowledged adult adoption is not a pathway to legal status.

He was sentenced to 20 years in prison for the wire and mail fraud convictions, and 10 years for the inducement convictions, all to run concurrently.

The 9th U.S. Circuit Court of Appeals ruled the fraud convictions were solid, but overturned the inducement convictions, arguing the smuggling law that snared him was so broad it would make normal First Amendment speech illegal.

Judge Ronald M. Gould said telling an illegal immigrant about available services, or telling visitors it’s no big deal to stay beyond their visa expiration date, could each invite prosecution under the law.

“For example, the plain language of subsection (iv) covers knowingly telling an undocumented immigrant ‘I encourage you to reside in the United States.’ Such a statement is protected by the First Amendment,” Judge Gould wrote.

He said there’s another section of the same law that makes aiding and abetting smuggling illegal, and it remains on the books for prosecutors to use even without the inducing law.

The case is a rarity for the odd coalition it’s fostered, with the Biden administration on the same side as groups that want to see stricter immigration enforcement.

Matt O’Brien, director of investigations at the Immigration Reform Law Institute, said it’s hard to figure out where the justices will come down in the case, particularly since it involves free speech issues the court takes seriously.

But Mr. O’Brien said it should be possible for the court to draw a line between normal advocacy and criminal inducement.

If the justices rule in favor of Hansen, though, he predicted, “every crooked ‘notario,’ immigration consultant and alien smuggler is going to claim they’re a First Amendment free speech advocate and it will become impossible to prosecute people who exploit illegals for profit.”

GOP-led states filed a brief in the case backing the Biden administration, arguing that if the federal smuggling law is deemed overbroad, it would threaten criminal laws in all 50 states that cover inducement to commit illegal activity.

That includes laws on bribery, witness tampering, crimes against children, or encouraging prostitution.

Led by Arizona Attorney General Mark Brnovich, the states said the words “induce” and “encourage” have very particular meanings that most courts have been able to grapple with as legal terms of art, rather than the more broad, everyday meaning that the 9th Circuit injected into its reading.

“States have a vital interest in enforcing these criminal statutes to protect victims of this conduct and the Ninth Circuit’s conclusion that the terms ‘encourage’ or ‘induce’ are unconstitutionally overbroad based on hypothetical situations risks grave harm,” the GOP states argued.

Hansen’s lawyers had urged the high court not to hear the case, saying it was a poor test of the big First Amendment issues because of the way the government is arguing the matter.

They said the Justice Department’s stance is specifically tied to Hansen’s inducement for financial gain.

The American Civil Liberties Union weighed in on Hansen’s behalf in the appeals court, saying advocating for the violation of a law falls squarely under First Amendment protections.

The Supreme Court announced on Dec. 9 that it would take the case. That means at least four of the nine justices thought the issue deserved a hearing.

No date has been set for oral argument.