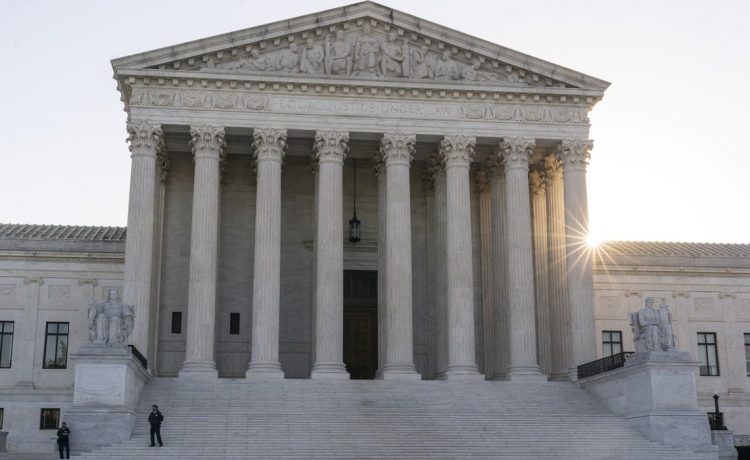 The Supreme Court announced Tuesday it would be hearing two of its major cases this term in December, one involving the power that state legislatures have over elections and the other dispute weighing LGBT rights versus religious liberty.

It is the latest dispute to come before the high court pitting free speech versus gay rights.

Lorie Smith, owner of 303 Creative, a web-design firm in Colorado, says state law forces her to accept clients who want her to use her creative talent on websites celebrating same-sex weddings. The designer contends that requiring her to accept such work amounts to an impingement on her religious beliefs.

A federal appeals court ruled against Ms. Smith. It said the state’s interest in equal access to a place of business trumps her free speech right.

Four years ago, the justices grappled with Colorado’s law and delivered a partial victory to a baker whom the Colorado Civil Rights Commission had dinged for refusing to bake a wedding cake for a same-sex couple.

The ruling from the justices was narrow, reasoning the Colorado Civil Rights Commission didn’t give the baker a fair hearing and the court didn’t settle the tension in the law between religious liberty and LGBT rights.

Ms. Smith’s case will give the justices another bite at the apple to square First Amendment rights with anti-discrimination laws.

Two days later, the high court will hear an election challenge out of North Carolina in which a state court struck down the congressional map that lawmakers drew.

The Republican-controlled Legislature says state courts should butt out. They point to a clause in the Constitution that says the “times, places and manner” of electing members of Congress “shall be prescribed in each State by the Legislature thereof.”

Critics, though, argue state legislatures shouldn’t be unchecked in their authority. The case is Moore v. Harper.

Rulings in both cases, however, aren’t expected right away. They’ll likely be issued by June 2023.