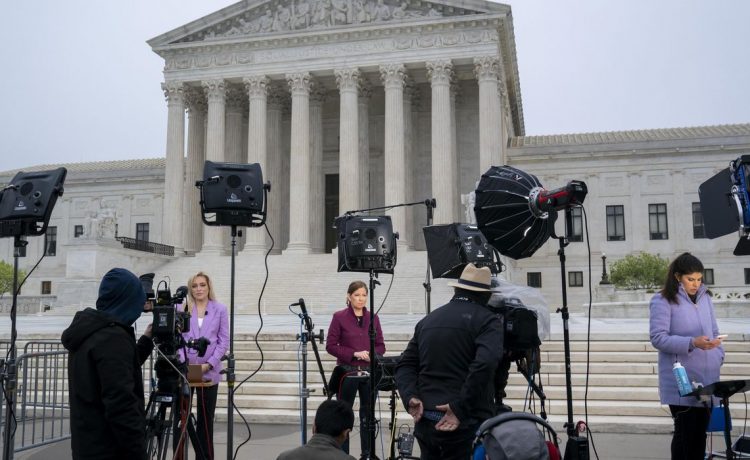 The Supreme Court’s oral arguments will continue to be live streamed in the post-COVID-19 world but seating will be available for the public and press inside the courtroom as it was before the pandemic hit, the high court announced on Wednesday.

It’s a sign the nation’s highest court after two years of coronavirus restrictions is returning to normalcy for the 2022 term, which begins Monday.

Although the court will be closed to the public for visits, there will be some seating available during arguments for observers.

Masking will be optional. And a live audio feed of the arguments will be made available on the court’s website and also posted online after a hearing concludes. Before the pandemic, there was no live audio of arguments.

The Supreme Court returned to its marble courtroom in person for the first time in 18 months last October after the justices worked remotely and heard oral arguments on the telephone because of COVID-19. The public was not allowed in the courtroom during that term.

The audio feed of the arguments was live-streamed for the public during the 2021 term, but only a limited number of reporters were allowed inside the courtroom with the justices and attorneys — a sign that the high court was only slowly returning to its standard process.

Before the pandemic, the justices, attorneys and reporters were accompanied by a limited number of people from the public for oral arguments. The audio of the hearings was not livestreamed but was released at the end of the week.

The Supreme Court closed to the public in March 2020, and the justices began working remotely like much of the rest of the country. During that time, the court heard 68 cases via teleconference, according to a tally by The Associated Press.

Closing the high court was unprecedented. The court postponed arguments in 1918 during the Spanish flu epidemic. A court spokesperson noted that court calendars were changed in August 1793 and 1798 because of yellow fever.