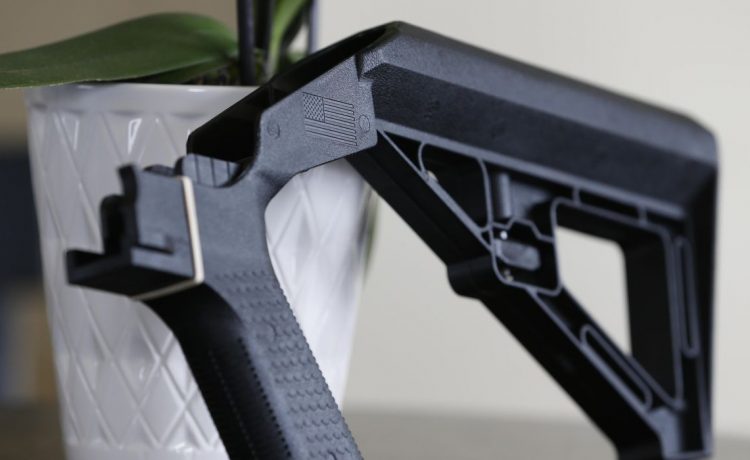 The Supreme Court’s landmark gun ruling this summer has given conservative states new ammunition against the Biden administration in a legal challenge over its ban on bump stocks.

But it’s unclear if the Second Amendment precedent laid out by the justices will extend to firearm accessories like bump stocks, as lower courts grapple with renewed gun rights challenges.

“The Supreme Court has not yet drawn a line on exactly which firearm accessories or parts are protected by the Second Amendment. Perhaps it will,” said C.D. Michael, a California-based attorney specializing in firearms.

The justices, in fact, do have the opportunity to address the bump stock issue with a few appeals pending before the court during the justices’ summer recess. They’ll return in October for the high court’s 2022 term.

Just this week, 17 red states filed a brief urging the court to take up one of the legal battles brought by individual owners of bump stocks and sellers of the devices, which are attached to semiautomatic rifles to allow them to fire more rapidly.

The lawsuit argues that the Bureau of Alcohol, Tobacco, Firearms and Explosives’ 2018 prohibition on bump stocks unlawfully seized personal property from Americans without compensation. The gun owners claim that they should be reimbursed for having to destroy their bump stocks, which they had processed legally before the 2018 rule.

“This petition raises important questions about how the ever-growing administrative state threatens ‘the security of Property’ — one of the ‘great object[s] of government’ — as well as the right to keep and bear arms,” the states’ brief reads.

The justices’ 6-3 decision in the Bruen case struck down New York’s subjective standard for concealed carry licenses and laid out a historical test for courts to use when examining gun control laws. The government must show that a firearm regulation is consistent with the nation’s history and traditions.

If a firearm law existed at the time of the nation’s founding, then it is most likely legal, according to the originalist test derived by Justice Clarence Thomas, who wrote the majority opinion.

Meanwhile, lower courts — including the U.S. Court of Appeals for the D.C. Circuit this week — have mostly sided with the ATF in its bump stock ban.

The Trump administration moved to limit bump stocks after the 2017 mass shooting in Las Vegas, Nevada. The shooter had used bump stocks in his attack, which killed 60 individuals and injured more than 400 others.

The ATF’s 2018 rule categorized bump stocks as machine guns, which are restricted under federal law with the exclusion of models dating back to 1986.

The states cite the Bruen analysis in their legal brief, arguing that the ATF’s classification of bump stocks as machine guns runs afoul of “the fundamental right to keep and bear arms.”

Still, it’s unclear exactly how the Bruen decision would apply to bump stocks. Though classified by ATF as machine guns, bump stocks are an add-on, like “silencers” and flash suppressors, which are banned in some states. Those bans do not limit a person’s ability to own and use a firearm.

But Aidan Johnston, federal affairs director for Gun Owners of America, which has launched legal battles against the ATF’s ban, said bump stocks — whether labeled a machine gun or accessory — are protected by the Second Amendment.

“There is absolutely no historical or textual basis for the regulation of an accessory or of machine guns at the time of the founding. The arms the people were legally able to keep in their home went all the way to muskets […] to cannons,” Mr. Johnson said.

Proponents of gun control laws say the high court’s ruling makes it more difficult to enact and uphold laws that would prevent mass shootings and violence.

Paul Gordon, senior legislative counsel with People For the American Way, said the Bruen case “did even more harm to efforts to control gun violence” than the court’s earlier Second Amendment precedent, which gave lower courts the leeway to uphold reasonable restrictions.

“Bruen made that much harder. To get to the result they wanted, the majority invented a ‘history and tradition’ test in which they cherry-picked historical examples that supported their agenda while ignoring others. Their method was frankly dishonest and both morally and legally indefensible, and the price will be paid by innocent people around the country,” Mr. Gordon said.

Mr. Michael, the firearms attorney, stressed that other areas of firearms law besides bump stock are now under review since the high court’s Bruen decision.

“Every type of gun control law is now subject to this new re-evaluation. The appellate courts have been applying the wrong test. It’s a legal do-over on all Second Amendment challenges,” he said. “Practically every gun ban is subject to a new challenge and re-litigation even if it was upheld before.”