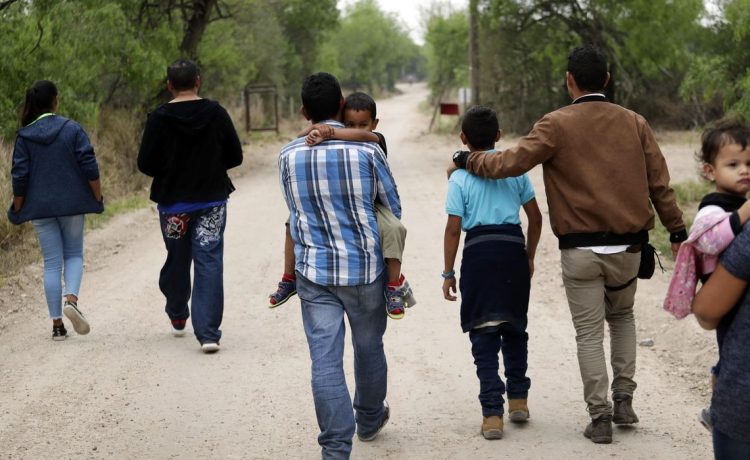 The Border Patrol has nabbed 78 people on a terrorist watch list so far this fiscal year, according to new Department of Homeland Security data.

Twelve were caught in August alone, the second highest monthly total since numbers began to be released earlier this year.

The new numbers represent a sharp increase as the Biden administration faces growing pressure to tighten security at the border: Just 15 suspected terrorists were caught in all of fiscal year 2021, and just 11 were caught in total from 2017 to 2020.

Counterintuitively, catching more of those on the watch list is actually bad news, because it likely means more are getting through, border experts say.

“Those are the ones that Border Patrol put their hands on,” Rodney Scott, former chief of the Border Patrol, told The Washington Times in an interview earlier this summer.

He said those who are caught generally did not know that they are on the U.S. security radar. Those who are aware are being brought in by smuggling organizations who are taking advantage of the gaps caused by the current level of border chaos.

“Anybody who actually knows or has a fear they’re on the watch list, they’re coming through those gaps and holes,” Mr. Scott said.

He said the numbers being caught are more than warning signs. “Those are rocket flashes going on to wake people up,” he said.

The 78 people detained were all listed in the Terrorist Screening Database, the government’s main terrorism watch list. It includes known or suspected terrorists and those known to associate with them.

The issue of terrorists on the southern border has been heatedly debated.

When Republican members of Congress raised the issue last year, news organizations did “fact check” pieces trying to poke holes in the claims. A year on, those fact checks remain posted, even though the numbers now bear out what the lawmakers had claimed.

For its part, Customs and Border Protection officials say encounters with people on the terror database “are very uncommon,” but said the fact that they happen underscores “the critical work CBP agents officers carry out every day on the front lines.”

All of the Border Patrol encounters with individuals linked to terror this fiscal year came along the southern border.

In addition to the Border Patrol arrests, CBP officers at ports of entry have recorded 342 such encounters, including 279 at the northern border with Canada and 63 at the southern border.

Those numbers are more complicated, experts said. For one thing, they can include repeat-crossers. So, for example, a single truck driver who is on the watch list but who is not considered enough of a suspect to detain could account for dozens of those encounters.