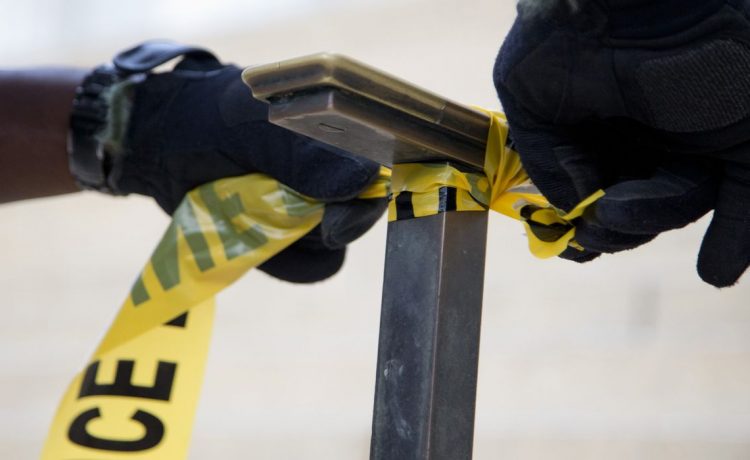 A shoplifter and a security guard are both dead after a dispute at a Maryland grocery store.

The security guard at a Giant store in Oxon Hill and the suspected shoplifter shot each other during the deadly confrontation on Friday.

Neither party has been publicly identified by authorities, but employees at the store said the deceased guard’s surname was Tate, according to Fox 5.

Mr. Tate gave the woman multiple orders to return the items she was accused of stealing, and the two began to fight. According to Prince George’s County Police, the woman pull a handgun from her backpack and shot first, with Mr. Tate returning fire.

“Tate was a good guy. And we’re all like family in Giant, you know? So, when you hear one of your co-workers dying, it hurts. It’s out of hand, it’s out of control. But they know that they got to do something about it,” Giant employee Steven Matthew told Fox 5.

Dairy stocker Daniel Crook recalled to WUSA 9 that heard as many as six gunshots as he ran to hide in a freezer at the store.

“It seems crazy someone brought a gun in here,” Mr. Crook told WUSA 9.

“We’re asking the community to partner with us even more to try and stop these violent, brazen attacks that are occurring in our shopping centers,” Prince George’s County Police Major Zachary O’Lare said at a press conference posted on Twitter.