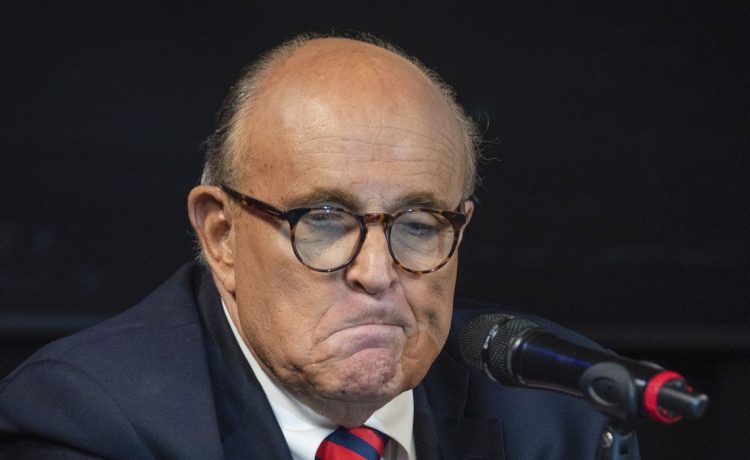 Syracuse University is preparing to rescind Rudy Giuliani’s honorary law degree, connected to his efforts to overturn the 2020 election and ties to former President Donald Trump.

The university, which awarded an honorary law degree to Mr. Giuliani in 1989, has begun a process to revoke honorary degrees this year, which follows a resolution passed by the University Senate calling for the Board of Trustees to revoke Mr. Giuliani’s degree.

The vote came after feedback was collected from students, the University Senate, and the Graduate Student Organization Senate over whether to begin the process to revoke honorary degrees.

The final vote in favor to rescind Mr. Giuliani’s honorary degree was 76% supporting, 11% opposing, and 13% abstaining, according to the university’s student newspaper, The Daily Orange.

“Feedback was collected and submitted to be reviewed for a final decision by the Board. However, [revoking] Giuliani’s degree may still take until the spring,” David Bruen, Syracuse University Student Association President, told Insider.

At least three other universities have rescinded honorary degrees awarded to Mr. Giuliani, including Middlebury College in Vermont, Drexel University in Pennsylvania, and the University of Rhode Island.

Mr. Giuliani has become the center of controversy over his efforts to contest the 2020 election results and is a target of a criminal probe in Fulton County, Georgia.