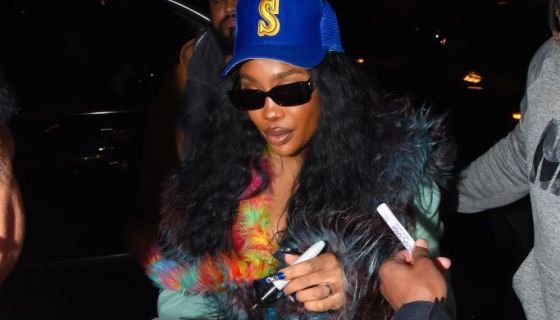 We love an honest queen! SZA admits to succumbing to her desires for a dandier derrière and reacts to Drake’s SNL skit that seemingly subbed her. 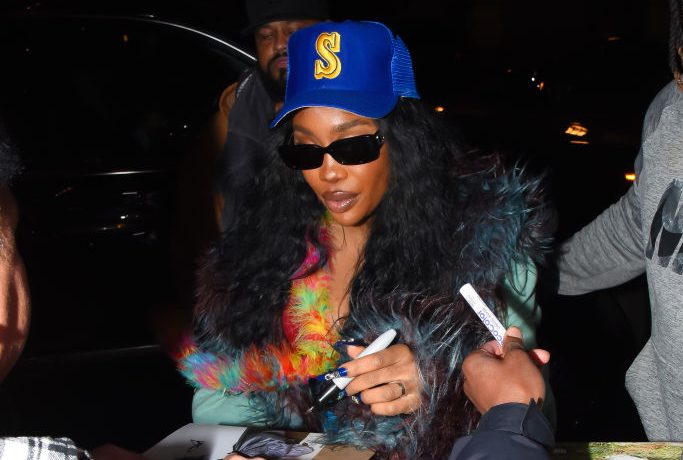 Solána Rowe better known as SZA released her highly anticipated album S.O.S yesterday after leaving fans yearning for new music over the past 5 years. This project comes after her highly acclaimed, triple platinum debut album ‘Ctrl’. During this lapse, SZA told TMZ she created over 100 tracks and fans speculated the songstress also used this time to go under the knife to make her fanny fluffier.

The album opens with a titled track where SZA sings in her distinct tone,

TDE’s 1st lady reiterated her romp was rounder due to surgery on the song “Conceited”,

“I just got my body done, ain’t got no guilt about it. I just heard your opinion, I could’ve did without it.”

Fans applauded her honesty and the handiwork of the surgeon who performed her procedure.

“Sza got the best bbl in the world.”

“I need SZA to name drop the doctor that did her BBL.”

“The doctor who did SZA’s BBL needs a Nobel Peace Prize.”

SZA has openly spoken about her struggles with body image, particularly being insecure about having “no booty”. On the song “Garden (Say It Like Dat)” she laments,

I wonder if these insecurities were apparent when she dated Canadian rapper Drake many moons ago?

In 2020, the world was taken a back when Drake “outed” their past relationship on “Mr. Right Now”, a track featuring British-Atlanta rapper 21 Savage. On the tell-all tune Drizzy raps,

“Yeah, said she wanna f**k to some SZA, wait‘Cause I used to date SZA back in ’08If you cool with it, baby, she can still playWhile I jump inside that box and have a field day”

“Was it at all awkward to see the skit making fun of a situation you were apart of?”

“In a strange way, I was like, ‘did they know?’ – but they didn’t ask me to be in it. Nobody said anything…. I feel like Drake has a Regina George quality to him where it’s just kind of like, ‘Have you, or anyone you know been personally victimized?’ He’s like a cool kid, you know. When you’re the popular kid in school, it’s entertaining. It’s entertaining, but you sometimes are taking losses in the midst of that entertainment. The honesty, I respect that. But I definitely laughed real hard…I cackled.”

SZA says she and Drake have maintained a good relationship and holds Mr. Graham in high regard.

“We’re cool. And we’ve always been cool. It’s never been weird. It didn’t come completely out of the blue when he let me know. I didn’t know it was a song with 21 (Savage) or anything like that. But anytime he’s ever mentioned me, it’s always been positive. He’s never said anything negative about me. I’m grateful for that. I think highly of him…He’s King Drake.”

As for music, REVOLT reports, SZA “doesn’t see longevity in music.”  She confessed,

“I like to create. I like to write, I like to sing and I like to share. But I don’t know if chasing after superstardom or whatever I’m supposed to be doing right now is sustainable for me or for anybody. I’ma take a good swing at it, and I’ma give ’em my absolute best. I only do what I want to do, and this makes me feel free, safe and unrestricted.”