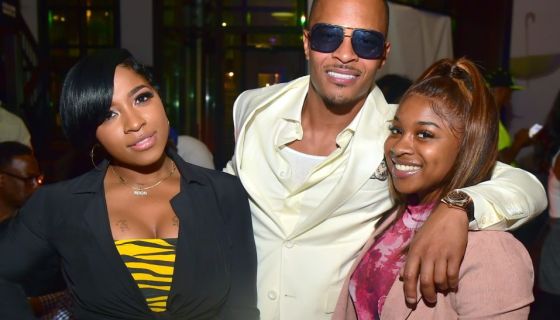 Uncle TIP has come to his play niece Reginae Carter’s defense after Hip Hop commentator, DJ Akademiks calls her a b***** and disloyal. 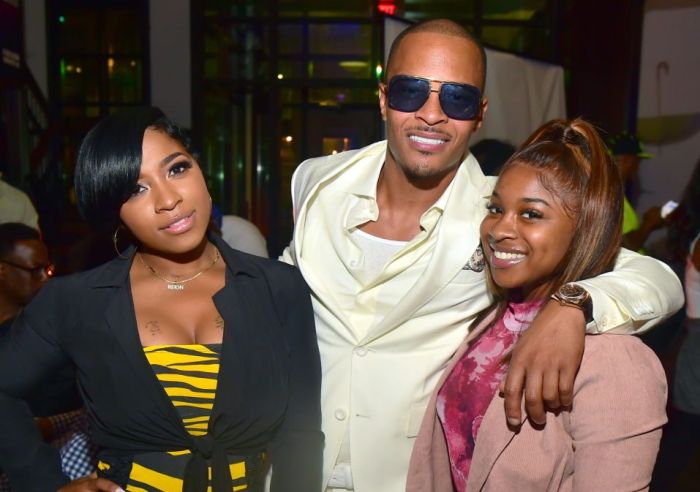 Sir, do you think he’s pretty? Is that the real issue?

Maybe Reginae is just tired of being played and chose to find herself a Russell Wilson. As you may recall, YFN Lucci was dragging her through the mud with his infidelity issues.

It’s interesting how men are getting so angry when a woman finds a good man but clowns them when they’re hurt after their rapper bae cheats on them – often saying, “What did she expect?”

Before T.I., Reginae’s mother, Toya Johnson, responded to Akademiks’ scrutiny via Instagram. Under The Shaderoom’s post, she wrote, ” this gossip girl has to be stopped.”

Many users responded with laughing emojis and seconded the mom of two’s sentiments.

Toya also made a separate post on her own IG page, “@akademiks I can’t stand men that do b***h s**t… Clout chasing is at an all time high. Let her live her 23 yr old life”.

T.I. brought the same energy he did on “Ready for Whatever” basically telling DJ Akademiks, “I’ll be here when the smoke clear and everythang settled”.

The Georgia native said, “I would love…I would love to have a word with Akademiks. I put a call out to him. Hopefully, we can communicate our way to positive resolution. But Reginae under the umbrella. She covered. That’s our bidness.”

He ended with, “Certain sh** is avoidable. Not worth the trouble” and followed his statement with a head tilt and eyebrow raise – seemingly acknowledging the unintentional pun.

In addition, the Atlanta rapper wrote, “She was raised by a village who loves and protects her [with] all our physical and spiritual abilities… She is MY business. Hence why I’d love to handle the matter privately (which is why I been calling & txtn trying to speak with you.)”

DJ Akademiks responded to T.I. by first by stating he was a fan then running a few jokes about how the glasses he’s wearing in the video probably had no prescription.

AK then plays the video of T.I. and nervously sips from a red, plastic cup as he listens to The King of the South’s message to him.

When the video ends, he reads the caption and says, “Oh T.I. I would love to talk to you.”

Akademiks finally finishes his thought after putting his mobile device down, “Numbers might change but you can definitely reach out that way.”

He then read a comment from one of the viewers of his live stream that said, “Why do you think there’s scaredness?” referring to AK’s uneasy demeanor and stuttered speech.

He then retorted, “No! I would definitely have a conversation with T.I. umm… I think my points would be the same. I know that this is somebody who you love but this is also a public figure.”

DJ continued, “The only thing…And if there was that much offense took because I misspoke and even though I corrected myself using the B-word while referring to a subject that she was closely associated to — I understand that one. 100% percent.”

We love to see men defend women against the attacks of other men – especially when they are unwarranted. Reginae has a new man and living in magic instead of misery. Akademiks, let her have that without all the unnecessary hate and go get yourself some bidness.