Tabari Sturdivant Says He Was Racially Profiled At ATL Airport 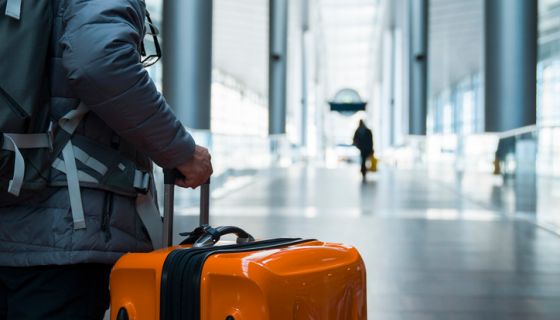 Apparently, Black people are having a hard time making it through Atlanta’s Hartsfield-Jackson airport without some officer of the law suspecting them of drug possession and searching them accordingly.

It’s basically stop-and-frisk at the airport, which is like spraying a hose at someone who’s already in the swimming pool. (In other words, how TF would we even get through TSA with drugs?)

Anyway, award-winning film director Tabari Sturdivant shared via Instagram that he was traveling to Los Angeles from Atlanta when he was stopped by two DEA agents who searched his bags for drugs, found nothing, and gave no explanation as to why they targeted him in the first place.

“Friday morning right as I was boarding a flight to LA, (2) DEA agents approached me,” Tabari explained. “They asked for my ID, began to question me and proceeded to search me and my bags right in front of everyone.”

He also mentioned that he was “the only black person in the area,” and the only one who was searched.

People who have the complexion for protection don’t understand the frustration and humiliation of being singled out of a crowd and publicly searched in front of everyone. It can make a person angry enough to want to fight the cops who racially profiled them. But if we do that, we’re the violent thugs and criminals we’re suspected of being in the first place, right?

“They took everything out of my bag in front of everyone,” Tabari wrote. “No privacy. I was totally shocked and embarrassed.”

And, of course, Tabori immediately connected his experience at Hartsfield-Jackson airport with that of comedians Eric Andre and Clay English, who have filed a federal lawsuit against Clayton County police, who they say racially profiled and illegally searched them at the Atlanta airport while they were waiting to board their flight.

Apparently, we can add “flying while Black” to the list of things we just can’t do without somebody suspecting us of wrongdoing out of nowhere.