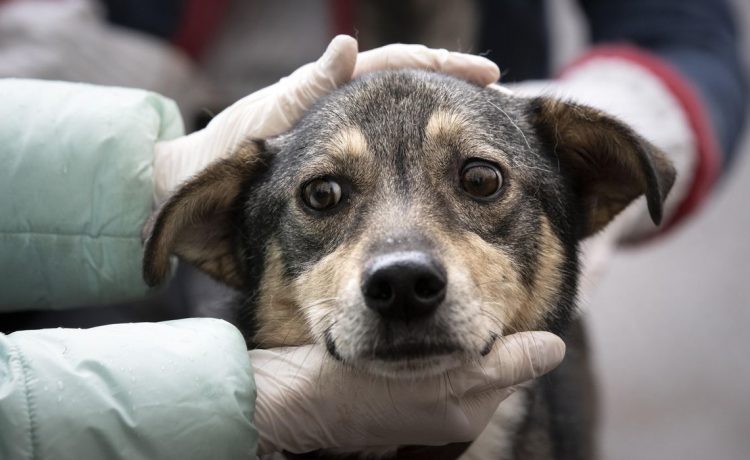 If you feel stressed by high inflation, a recent survey suggests “lovey dovey” talk with a pet can ease your jitters — and health experts agree.

Healthy Paws Pet Insurance reported last week that 80% of U.S. pet owners responding to a survey say they “speak to their furry friends as if they’re human.”

Another 15% of those surveyed say they use baby talk and 4% say they purposely use syntactically imperfect or grammatically incorrect phrases like “Whatchoo got dere?”

“We converse with animals because we’re trying to ‘humanize’ them,” Healthy Paws said in a press release. “And this goes hand in hand with empathy.”

The survey arrives as Americans have struggled with rising food, housing and utility bills. Gallup’s Life Evaluation Index recently found that 56% of U.S. adults described themselves as “suffering” in July due to “persistently high inflation” — the highest since the company started tracking in 2008.

“They always know how we feel and interact with us when we are happy, upset or just relaxing,” Ms. Fusco said in an email. “Although they do not speak ‘human,’ they certainly talk to us with their little smirks, wags, licks, barks and dancing eyes.”

The former White House infrastructure adviser says she finds peace discussing problems with her dogs Sissy, Bo-bo and Willy. She says things to them like, “Can you believe the truck has to go in for more repairs?”

“Social connectivity and a sense of purpose are what is often linked to health,” said Dr. Panagis Galiatsatos, a pulmonary and critical care physician at the Johns Hopkins School of Medicine. “Speaking with pets may achieve just that for many.”

“The advantage of pets, relative to other humans, is that the pets don’t really talk back in the way humans do and people can project their wishes, desires, needs onto their pets that they adore,” Mr. Plante said in an email.

He added that some people who cannot afford or care for dogs talk to houseplants and “realistic robots” instead.

Dogs remain the best for stress relief among those who can get them, according to the experts.

Seattle-based dog trainer Danette Johnston says reading to pets often helps children struggling in school, even though she does not know “the science behind it.”

“Since most people consider their pets to be valuable members of their family, it makes sense that talking to your pet about things that are stressing you out could help, even if your pet can’t offer advice,” said Ms. Johnson, a consulting dog trainer at Healthy Paws. “Pets can certainly be better listeners than some humans, that’s for sure.”