Tamar Braxton Blasts a ‘Peach’ And Husband For Threatening Her 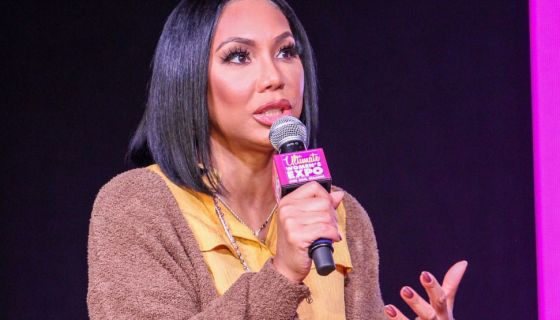 Tamar Braxton seemingly calls out a Bravo Tv’s Real Housewife of Atlanta cast member and their spouse for threatening her. 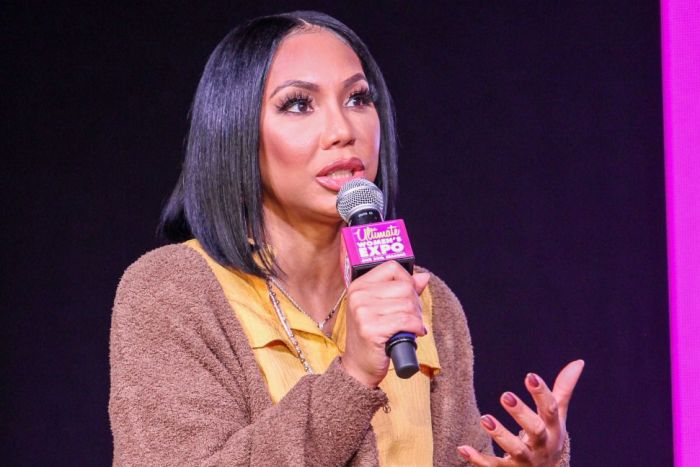 The “Love and War” singer posted a series of stories on Instagram vaguely describing an encounter that we can only assume was with an Atlanta housewife since Tamar chose to use a peach emoji to describe the individual.

Apparently, Tamar was so angered by the incident she categorized it as “REAL BEEF”.

I got a story…y’all wanna hear about it?

On the next slide she claims,

I got threatened by a [peach emoji] and her man.

The baby of the Braxtons continued,

Why anyone would go online and incriminate themselves but okay, girl.

She concluded her rant with,

It’s BEEF and it is a REAL BEEF cause yo HUSBAND stepped to me! PERIODT! Merry Christmas [tree emoji]

It was a bit comical when Tamar said, “if she would have done what they did, they would have told the WORLD” but sister girl that’s exactly what you’re doing. Even though she didn’t name names many will assume she’s referring to Eva Marcille and her husband Michael Sterling who is a Senior Advisor to the Mayor and a federal prosecutor.

One important question is, Tay Tay were you threatened unprovoked? Your history on reality television has been a bit of a pot stirrer who doesn’t know when to stop the flappage of their gums. Pushing every button like a rambunctious toddler with a keyboard.

Toni Braxton’s lil sis may be trying to position herself to get a peach or maybe she’s already set to be on the next season of RHOA. Sharing this story could be a part of her plan to drum up anticipation for her addition to the 15th season’s cast. Who knows?! Over the years, fans of the show have shared that they welcome the idea and declare they would tune in if Tamar was added to the roster.

what’s everyone’s thoughts on tamar braxton holding a peach? i’d personally love it i think. she reminds me of nene in a lot of ways #RHOA

In 2020, Veteran peach holder NeNe Leakes shared her thoughts about Tamar becoming a new member of the ATL Housewives franchise.

The widower had a conversation with Tamar on her “Conversations and Cocktails” IG Live,

“You know what I would do? I would take a peach from somebody that’s holding one that don’t need to hold one, that’s super boring, give it to somebody else, and mix it up… And half of the girls will be gone because they’re so boring chile. I think Tamar would be a great addition. She’s entertaining, so she’s not boring… She’s got a lot to say, she’s opinionated. I’d love to see her come. I’d welcome her with open arms. Come to me, Tamar!”

Many fans have complained that the past two seasons of RHOA have been a bore so Tamar and all of her messiness may be the spice needed to keep this reality show afloat.

Do you think Tamar should hold a peach? Do you think she’s inferring Eva the Diva and her hubs threatened her?