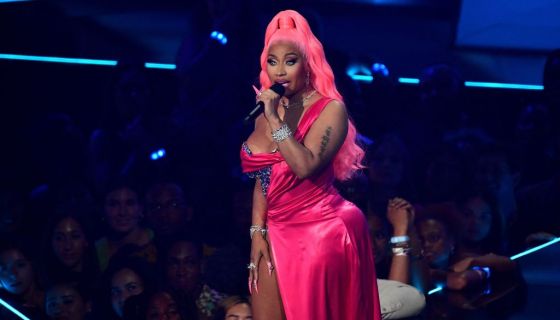 Stop while you’re $4 million behind, sis! 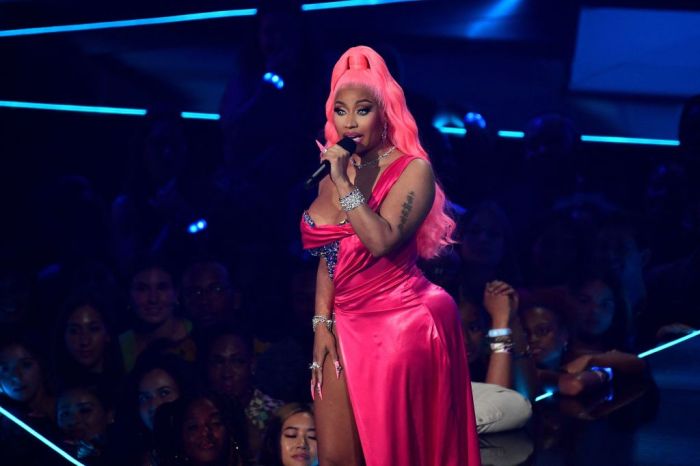 What could go wrong when two of the most controversial people on the internet link up on Instagram Live? Tasha K is back to her antagonistic antics, like she has celebrity lawsuit money in the bank. While still down bad from losing a multimillion-dollar defamation suit to Cardi B, the trifling troll tried to stir up new drama for the other half of the “WAP” duo. After a social media marathon of rap beef, Nicki Minaj took a break from breaking the internet to rest on her throne. Parlé reports Tasha K tried to provoke Nicki Minaj into shading Megan Thee Stallion.

As soon as the infamous vlogger joined Nicki’s IG Live, Megan’s name was on the tip of her tongue. In a viral clip, Tasha accused Megan (and her friends) of vandalizing a house she rented from Teyana Taylor.

“We just talkin’ bout Megan you know she done f*cked up Teyana house. Teyana had to sell that house…from all them damages to that house,” Tasha said, referencing the topics on her own show.

Nicki looked around in confusion and questioned what house Tasha was referencing. Tasha laughed it off and continued the unsolicited serving of tea.

“You know that house that Teyana Taylor sold. You know Megan was renting that house. And that’s why her and EJ fell out” she continued.

After 30 seconds of awkward blank stares, Tasha took the hint and tried to switch topics to asking about new music. “Am I confused? Is everybody else confused?” Nicki asked, trying to connect the dots.

“Teyana Taylor sold the house that she rented to Megan Thee Stallion. Of course we’re going to say ‘allegedly’, in case some details are wrong. However, that is the same house Teyana had to beg for money from because Megan, the house got vandalized from her people,” Tasha elaborated.

Tasha went on to claim that she detailed the alleged damages to the front yard and backyard on her show. In June, TMZ reported Teyana and hubby Iman Shumpert sold their home for $4 million, but there was no mention of these alleged damages.

Even the Barbz, who never run from drama, warned Nicki not to take the bait. She read a comment from a fan telling her to “abort the mission!” Maybe Tasha needs to take the same advice and focus on the millions of dollars hanging over her own head.

Celebrity blogger KenBarbie ran the receipts on Twitter, claiming to confirm the details with “sources directly connected to the situation that have provided the TRUTH.”

According to KenBarbie, Megan only rented from Teyana for a short time from 2019 to the beginning of 2020. The blogger also claimed Megan didn’t part ways with stylist EJ King until much later, after “the Tory incident, which took place in July 2020.”

Tasha logged back in to double down on her accusations. However, KenBarbie doubled down, saying, “the truth came from Teyana and EJ’s side.”

“For those out there trying to correct the story, there’s nothing to really correct. It is what it is. And EJ never denied that $80,000, ok? And Teyana’s not going to deny that vandalization and neither did Megan,” Tasha said, talking her way into another lawsuit.

The jokes write themselves when Tasha K calls anyone out for allegedly lying about unpaid debts. Although Nicki looked lost during Tasha’s shady story, many believe it was intentional since she invited Tasha to join her IG Live.

Yikes! Who do you think was really behind the drama on Nicki Minaj’s IG Live with Tasha K?