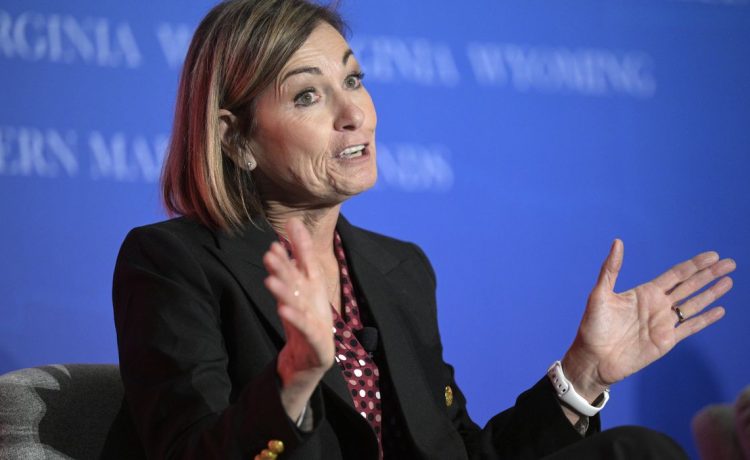 DENVER — Prices may be going up but income taxes are going down, thanks to an unparalleled outbreak of state tax cuts.

Starting Jan. 1, millions of Americans will bring home fatter paychecks as individual income rates fall in a dozen states, marking the second consecutive year in what the Tax Foundation calls “an unprecedented wave of tax reductions and other tax cuts.”

“These past two years, states have experienced record levels of growth, and they’re sitting on an enormous amount of money,” Mr. Walczak told The Washington Times. “At the same time, you have people struggling under the burden of inflation. It’s been a time when states have seen the benefit of relief and also recognized that taxpayers are more mobile than ever with the rise of remote and hybrid work.”

As a result, “there is greater tax competitiveness now and more decisions made based on taxes and cost of living than in the past,” he said.

The foundation reported that 38 states will see changes to their tax regimen in 2023. Five states – Alabama, Delaware, Iowa, Rhode Island and Nebraska – will exempt from the income tax all or some of their residents’ retirement income or military pension income.

While most of the tax reductions were enacted by Republican-led state legislatures, blue states were hardly exempt from the tax-cutting trend. Hawaii and Illinois agreed to expand their earned income tax credits starting Jan. 1.

“We saw tax cuts across the country. Twenty-seven states cut the rate of at least one major tax; 21 of those involved individual income-tax cuts,” said Mr. Walczak. “You saw them in every region. You saw them in red states, purple states, even some blue states. It was certainly a large trend over the last two years.”

In Colorado, where Democrats reign supreme, voters gave themselves a tax break by approving Proposition 121, which lowered the individual income and corporate tax rate from 4.55% to 4.4%.

The reduction comes just two years after voters reduced the income-tax rate from 4.63% to 4.55%. Both measures were sponsored by the free-market Independence Institute as part of its “Path to Zero” strategy to eliminate the income tax altogether.

“The idea here is to offer Coloradans a much more competitive tax structure in a very competitive country,” said Independence Institute President Jon Caldara. “A lot of states have lowered taxes in the last two years to stay competitive, and that is why so many businesses are fleeing California and fleeing New York and going to Florida and Texas. We want them to come to Colorado.”

State Democrats swung back with another successful ballot measure, Proposition GG, which requires any tax initiative to include a table showing “the average tax change for tax filers in different income categories.”

Mr. Caldara ripped the proposal as a “poison pill.” But he is nonetheless optimistic about future tax reductions, noting that Proposition 121 passed overwhelmingly by 65% to 35% in what was otherwise a banner year for Democrats.

“Every single thing that Republicans could lose, they basically lost,” Mr. Caldara said. “And yet, our simple little flat-tax rate cut passed by 30 points. And so the story is that even in a hardcore blue state, incrementalism in limiting taxes can win. That’s the message here.”

There were a few exceptions to the tax-cutting rule. In Massachusetts, voters approved by 52% to 48% a tax-the-rich measure, adding a 4% tax on annual income over $1 million to the state’s 5% flat tax to help pay for infrastructure improvements.

California voters may be just as blue as those in Massachusetts, but they swung the opposite way by defeating Proposition 30, which would have increased taxes on annual incomes over $2 million to subsidize electric cars.

Mr. Walczak said voters tend to be skeptical of tax increases even when they fall on someone else, such as millionaires.

“Voters want the case to be made,” he said. “Even in Massachusetts, a state which would be more amenable to graduated rate income taxes than most states, this measure increasing taxes on millionaires only passed with 52% of the vote, a far lower vote share than for instance than the new governor of Massachusetts got.”

The states with the most dramatic overhauls include Iowa, where Republican Gov. Kim Reynolds signed into law a measure lowering the top marginal income tax rate from a graduated 8.98% to a flat 3.9% rate; lowering the corporate rate, and eliminating the tax on retirement income.

“When Governor Reynolds took office, Iowa had the sixth-highest individual income tax rate in the nation,” the governor’s office said in a statement. “Now that the governor’s plan proposed this year has passed with bipartisan support, Iowa’s income-tax rate will be fourth lowest among all states that charge income tax, ranking among the most tax friendly states in America.”

Arizona Gov. Doug Ducey, a Republican, ordered the implementation of the latest phase of the state’s flat-tax conversion a year ahead of schedule, which will give the state the lowest flat-tax rate in the nation at 2.5% on Jan. 1.

“In the game of states, people vote with their feet — and Arizona is winning,” Mr. Ducey said in a Dec. 23 tweet.

The wave is likely to wane in 2023, mainly because nearly all states positioned to reduce tax rates have already done so. States to watch during next year’s legislative session include Idaho and Montana.

“I don’t have a crystal ball here, but most observers see if not a recession, then some level of economic contraction in the coming year,” he said. “And states’ reserves are so large that most of them should be able to ride out some level of recession. They’re not in crisis mode here. Nonetheless, an economic downturn would tend to dampen the level of tax-cutting that we’ve seen in the past two years.”