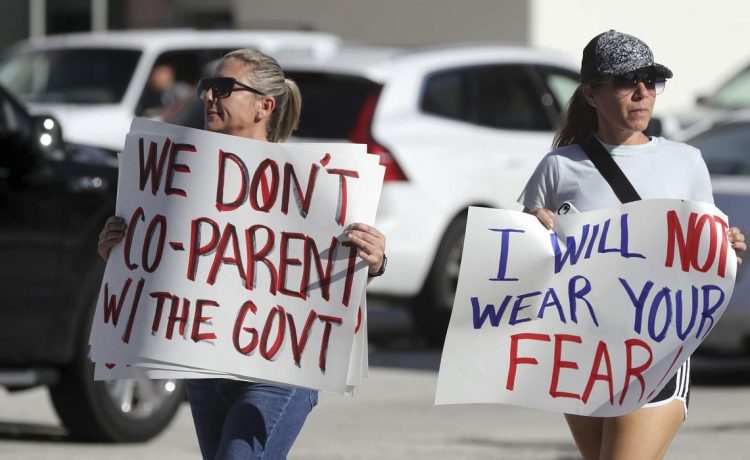 A group of students and teachers represented by the American Civil Liberties Union filed a lawsuit Thursday to upend Florida’s ban on critical race theory from being taught and discussed in classrooms.

The ACLU argues that the Stop Wrongs Against Our Kids and Employees (Stop W.O.K.E.) Act is “censorship” and discriminates against teachers’ and students’ viewpoints that are protected by the First Amendment.

“The Stop W.O.K.E. Act is racially motivated censorship that the Florida legislature enacted, in significant part, to stifle widespread demands to discuss, study, and address systemic inequalities, following the nationwide protests that provoked discussions about race and racism in the aftermath of the murder of George Floyd,” the lawsuit reads.

The group has asked a federal court to rule the law unconstitutional.

It’s one of several lawsuits challenging the law pending in courts. No judge has yet blocked the law, which, took effect in July.

The ACLU has similar lawsuits pending in Oklahoma and New Hampshire, as a number of states have enacted legislation restricting teaching on race and gender in classrooms.

“All educators and students have a right to teach and learn free from censorship or discrimination,” said Leah Watson, senior staff attorney with the ACLU Racial Justice Program. “In an effort to prevent progress towards racial justice, the Stop W.O.K.E. Act deprives educators and students of important tools to challenge racism and sexism. We urge the court to put an immediate stop to this discriminatory classroom censorship bill.”

The lawsuit names as defendants the Florida Board of Governors of the State University System and the board of trustees from six state universities.

The Stop W.O.K.E. Act makes it unlawful to teach that a certain race is superior to others, or that an individual is racist based on his or her gender or race. It applies in schools and workplaces.

Critical race theory is an analytical tool based on Marxist critical studies. Developed in graduate and law schools in the 1970s, it posits that racism is a foundational element of American society and government and is important in understanding and evaluating U.S. laws, policies and programs.

Florida Gov. Ron DeSantis, a Republican, has called critical race theory “state-sanctioned racism.” He said no one should be ashamed of their race when he signed the law in April.

“In Florida, we will not let the far-left woke agenda take over our schools and workplaces. There is no place for indoctrination or discrimination in Florida,” Mr. DeSantis said.