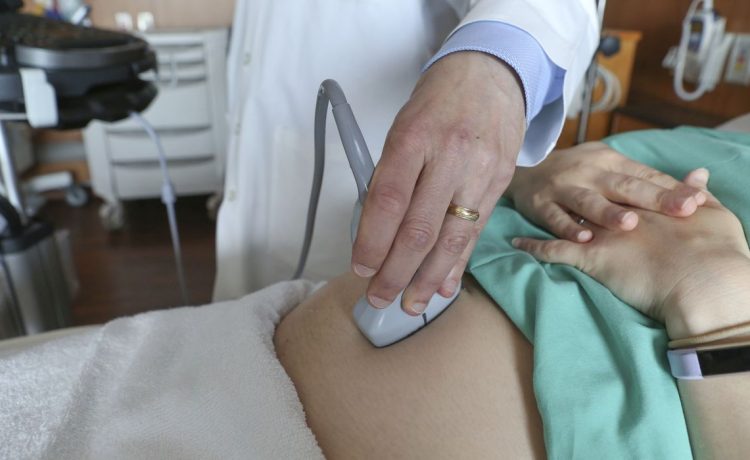 The devices, which can cost $30,000 to $40,000 apiece, are credited with helping change the minds of many women who said they were committed to having an abortion, pro-life advocates say.

Leading the effort are Focus on the Family and the Psalm 139 Project, a long-term initiative by the Southern Baptist Convention’s Ethics & Religious Liberty Commission (ERLC). The latter said in June it had raised $1.5 million to purchase 50 machines.

Robyn Chambers, executive director of advocacy for children at Focus on the Family, said “nearly 60% of women who are really abortion-determined will change their minds and choose life” after viewing an ultrasound image of a fetus and having one-on-one counseling.

“We hear from centers that they have clients that will come in and say, ‘I have an abortion scheduled later in the week … You have one opportunity to basically talk me out of this,’” Ms. Chambers said. “‘Abortion-determined’ can mean that that woman has searched online, [and] she knows exactly what she’s going to do.”

She marveled over the evolution of the technology, from analog devices producing “grainy-looking pictures” to 3D and 4D scans available now, as “amazing.”

“It’s like looking at a video of your child, the skin on the baby, you know everything you can see the definition,” Ms. Chambers said. “Depending on the gestational age, you can see that baby moving and sucking his or her thumb, and you can see them frowning or pouting.”

Obtaining the ultrasound devices is not an inexpensive task: Those five-figure price tags depend on a given machine’s sophistication and features, and then there are costs to train clinic workers in the proper use of the units.

The costs of serving pregnant women in crisis situations can add up. Heidi Matzke, executive director of the Alternatives Pregnancy Center in Sacramento, California, told the Senate Judiciary Committee on Tuesday that her group spends $1 million a year helping clients, who are never charged for ultrasounds or other services.

“Ironically, many of our patients are referred to us by a well-known abortion provider,” Ms. Matzke said in prepared remarks. “A woman goes to them for an ultrasound, but that provider isn’t willing to perform one for a woman not already determined to abort her child. So, they send her to us, because we offer the ultrasound for free … regardless of what the woman chooses to do about her baby.”

The Psalm 139 Project, named after the biblical passage that speaks of God forming the writer “in my mother’s womb,” has long been working to equip pro-life centers with the devices.

The Rev. Richard Land, a former ERLC president who started the Psalm 139 Project years ago, told The Washington Times that they started placing the machines in clinics to provide a way for women to better evaluate their situation.

“Once they see that sonogram, they’re much, much less likely to abort,” Mr. Land said. “It reminds me of my old Princeton professor Paul Ramsey, who said if wombs had windows, abortion would not be around.”

Seeing an image of the child “certainly makes it more difficult when you got a ‘window’ on the womb. And the sonogram machines are pretty good pictures.”

Mr. Leatherwood said now that the Supreme Court has returned the legislative decision on abortion regulations to the states, “this program, is going to become even more important. Because while there are some states that will take action to end abortion, we also realize there’s going to be several states that do not.”

He said “pro-life clinics are… going to be on the front lines of serving vulnerable women and families in crisis. And so we are eager to team up with those clinics and get them the resources they need to save the lives of those preborn children.”