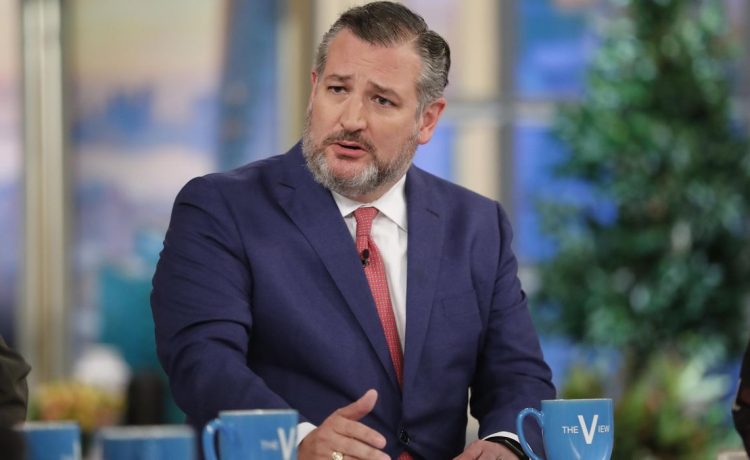 Sen. Ted Cruz had his Monday appearance on “The View” interrupted by protesters shouting and insulting him during his interview.

The Texas Republican was answering a question about the economy when activists can be heard chanting in a corner of the audience.

The senator chuckled as he briefly paused to acknowledge the protest before continuing his answer. Co-host Whoopi Goldberg told them to leave about 30 seconds later.

“Ladies, ladies, excuse us, but let us do our job,” Ms. Goldberg said. “We hear what you have to say, but you gotta go.”

The line received applause from the audience, while co-host Sunny Hostin chimed in to say “they’re accusing us of not covering climate change, and we do that almost every day.”

A group called New York Communities for Change took credit for the gesture and said it was protesting ABC’s decision to welcome “climate denier” Mr. Cruz onto the show.

A second voice was heard yelling to get Mr. Cruz’s attention later on in the show, which prompted him to look up into the crowd again.

The show’s sound was momentarily cut after the initial shout, but what was said prompted another chuckle from Mr. Cruz and visible gasp from Ms. Hostin.

Steve Guest, a spokesman for the senator, later confirmed a claim on Twitter that someone had yelled “F—- you, Ted Cruz.”

After that outburst, the show went to commercial break, and co-host Ana Navarro apologized to Mr. Cruz for the disruption once it returned.