Tens of thousands of Afghan allies still waiting for U.S. rescue a year after Taliban takeover 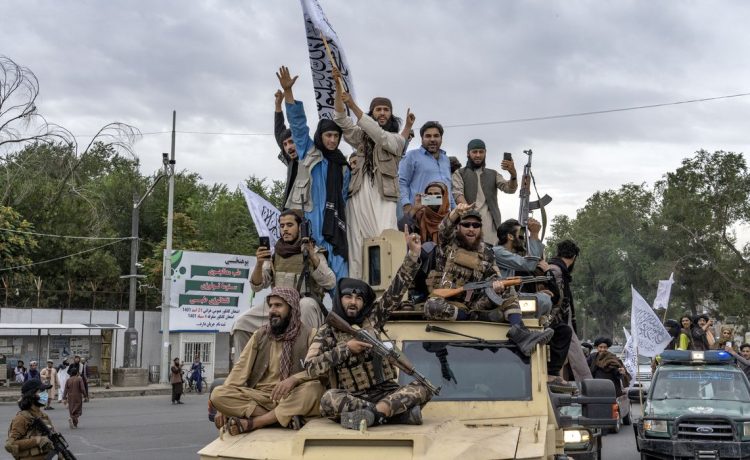 A year after the U.S. left him behind in Afghanistan, Will cannot understand what happened.

He served at Camp Shouz in the country’s western Herat Province, working as an interpreter for U.S. troops and contractors as they negotiated with village elders and worked to train Afghan police recruits.

Will, a pseudonym The Washington Times is using to protect his identity, has glowing recommendations from a U.S. Army major who called him “one of my most trusted interpreters.” Yet Will is stuck in a bureaucratic battle with the State Department, which told him his file isn’t complete and he can’t come to the U.S. for now.

He says he’s still in danger, and cannot believe it’s been a year since the Islamist Taliban insurgency took over and the Biden administration has failed to rescue him.

“All I can say is we counted on [the] U.S. but it’s betrayed us, left us here,” he told The Times in an email exchange.

Others have been luckier.

Muhammad, who six months ago was in the same situation as Will — stuck inside Afghanistan and begging for a way out — told The Times the State Department arranged for him to hop aboard a flight to Qatar in June. He’ll soon be flown to the U.S. where he’ll complete his case.

“I am lucky and very happy that finally I got safe with my family,” he said.

The U.S. ended its massive airlift operation out of Kabul on Aug. 31 last year, and while there have been some like Muhammad, there have been far more like Will — genuine Afghan-born allies of the U.S.-led war effort who assisted American forces and were promised a pathway to the U.S. through what’s known as the Special Immigrant Visa, but who now cannot get out of a country controlled by the enemy they fought against.

“People are dying, they’ve lost their fortunes, their livelihood. Some people have just been despondent and have given up on the process,” said Perry Blackburn, a former Army officer who founded AFGFree, which is working to support thousands of those left behind. “It’s easier to get into the U.S. if you do it illegally than if you want to do it legally.”

The U.S. employed tens of thousands of Afghan nationals during its 20-year military engagement in their country, using them as translators, guides and service and support personnel at local bases. Those who served for at least a year, have the recommendation of a supervisor, and who can show they’ve faced threats because of their assistance qualify for consideration for an SIV.

The U.S. brought roughly 77,000 Afghans here during last year’s airlift, but only about half of those were authentic allies who were either already in line or potentially eligible for the special visa.

The State Department has been reluctant to offer public estimates as to how many SIV-eligible Afghans were left behind, but outside groups say it could be as high as 160,000 people. Calculating an average of three family members coming with each SIV applicant, that might mean more than 500,000 Afghans are being blocked from a path to the U.S. based on their service with the American military.

The State Department says 16,000 people have cleared what’s known as “Chief of Mission approval,” the key step certifying they have earned the right to relocation. They still must go through a final in-person interview.

And that’s where things turn tricky.

With the American embassy in Kabul shuttered, the State Department says it cannot do interviews inside Afghanistan for applicants. It is urging people to make their way to another country, such as Pakistan, where the U.S. does have a presence and can conduct the interviews.

Afghans say making it to Pakistan isn’t like an American crossing into Mexico or Canada. And even if they do make it, the costs of supporting themselves during the uncertain weeks or months of waiting for an interview date can be prohibitive.

A two-bedroom apartment runs $400 to $600 a month, while food for a family of four to six comes to under $200 a month, according to Mr. Blackburn. The government isn’t paying those funds. The money is coming from donations to the groups or, in so many cases, straight out of veterans’ own pockets as they try to keep friends alive.

Meanwhile, the pace of approvals remains excruciatingly slow: Fewer than 1,000 visas were issued by the State Department from January to March, which is the latest data available.

Meanwhile, nearly 2,300 Afghans had their applications deemed unqualified or approvals revoked during the same three-month period. Applications can fail because the candidate failed to submit all the right documents or failed to prove their full service to the U.S. war effort, or because investigators found a history of criminal or terrorism activity.

“I’m disappointed we’re still where we’re at,” Mr. Blackburn said. “I’ve been part of their webinars and they seem to spend more time congratulating each other and patting each other on the back than working solutions to streamline the process and help these folks.”

Those stuck in Afghanistan say they’re still not hearing very much from the U.S. government, either in terms of their applications or guidance on where to go to stay safe. And that is fueling the desperation and resentment some feel.

“All communication must be by email, and often it takes weeks or months to get a response unless congressional representatives get involved,” said one person involved in evacuation efforts.

One time the person needed to call the U.S. Embassy in Islamabad to work through an urgent matter on an SIV case and was told there was a policy prohibiting calls from being transferred to the SIV division.

“While I understood that they might otherwise be flooded with calls, the individuals answering the phones for the U.S. Embassy in Pakistan definitely did not seem to care a whit about the plight of Afghan SIV applicants,” he told The Times.

Still, he reported some successes, having helped a man and his family get across the border to Pakistan, make it to Islamabad and have an in-person interview. As of late last month, the family had turned in their passports and were awaiting a final visa stamp.

“This is what has improved, but they were also extremely far into the SIV processes,” he told The Times. “For those just now applying or not [Chief of Mission]-approved, however, it will be years before they will see any resolution at the current pace.”

Those still living inside Afghanistan face varying levels of danger, with some in imminent peril and others are less likely to be targets, though they are facing tough times. That, of course, is true for most of the country, with a crumpled economy, the loss of massive amounts of foreign assistance and food shortages.

Trying to streamline the process

The State Department, in response to questions from The Times, said it is working to streamline the approval process for special visa applicants. And indeed, it can point to some progress in the numbers.

At the end of the Trump administration, the government averaged 703 days of processing time for each approved application, not including time the applicants themselves had to spend collecting and submitting their own documents. After the chaotic and sudden fall of Kabul, the government’s processing time rose to 734 days.

But more staffing and some shortcuts the Biden team imposed have since cut the time to 587 days, according to the latest data. That’s still more than a year and a half, but it’s a major improvement.

For those still stuck in Afghanistan without access to an interview, however, the government’s advice hasn’t changed in a year’s time: Find your own way out of the country.

“We’re still working through the same bureaucratic processes that prevented us post-August last year of getting folks out,” said Mr. Blackburn, founder of AFGFree.

That’s because, despite the Biden administration’s assurances to the contrary last year amid the chaotic withdrawal, it has yet to establish a working relationship with the new Taliban leadership, which Washington still does not officially recognize as the legitimate government of the country.

The State Department didn’t say when it expects to be able to establish a presence in-country for interviews, but said it hopes “to continue to have a pragmatic dialogue with the Taliban.”

“We are committed to supporting departures of U.S. citizens, [lawful permanent residents], Afghan allies, and their eligible family members from Afghanistan. As [Secretary of State Antony J. Blinken] has said, there is no expiration date on this effort,” the department said.

Even those who make it to Pakistan still face problems. The State Department demands scanned documents, such as identification cards, but as one advocate said, “Who the hell has a scanner in Afghanistan?”

Also, life goes on, and if a refugee family has a new child since their application was first offered — or a child or spouse died — they have to refile, according to advocates working with Afghan cases in Pakistan.

There’s also another pool of people that’s stuck in limbo: some 6,500 Afghans who were shipped to Emirates Humanitarian City or EHC, run by the United Arab Emirates.

About 1,000 were sent by the U.S. government, while the rest were evacuated by nongovernmental organizations.

One NGO leader involved in the effort said the State Department initially didn’t acknowledge the population, then began to process some people, but there’s no apparent method to how they’re working the cases. People with no path to an SIV have been put on planes and brought to the U.S., while hundreds of others with clear SIV potential “haven’t been touched,” the NGO leader said.

“Where we stand today in EHC is we have people with valid pathways to the United States, valid immigration cases, that are sitting in limbo, that are not being addressed,” the leader said.

Meanwhile, the UAE is putting the displaced up at its own expense, providing food and medical care and, for those who do get approved to fly out to a third country, sending them off with envelopes of cash.

The State Department declined to talk about numbers and hurdles for those stuck at EHC.

“We are working intensively across the interagency and with Embassy Abu Dhabi to develop the necessary capabilities to support processing for Afghan travelers in UAE who may be eligible for onward relocation and entry in the United States,” the department said.

As for those still in Afghanistan, if broken promises and moral obligations don’t motivate the government to move faster on some cases, questions of national security risk might.

Several sources The Times spoke with detailed the danger of having left behind so many people with intimate knowledge of U.S. military operations — including some highly trained special forces — who might be recruited by an enemy.

“They’ve been left there for a year, the economy’s collapsing, they’re being hunted down by the Talibs, It is not hard to imagine that some of them would be potentially ripe for some kind of coercion or co-opting,” one investigator said.

It’s an issue Rep. Michael McCaul, the top Republican on the House Foreign Affairs Committee, has been pressing.

He released a report earlier this month revealing some of those special forces were among 3,000 Afghan security troops that fled across the border into Iran.