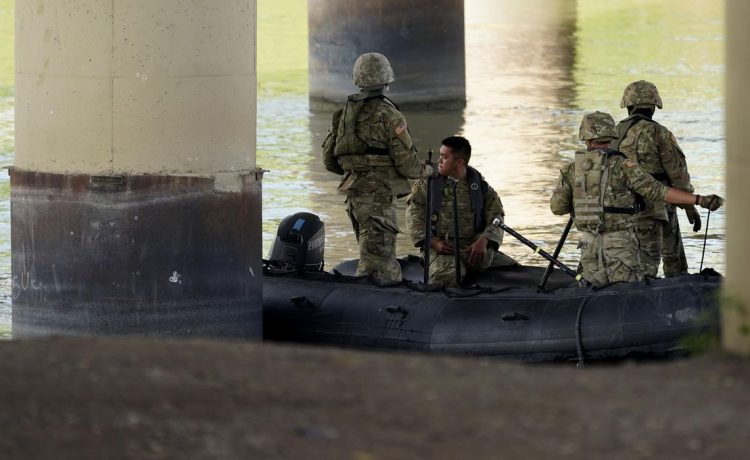 One Texas border town is requesting a refrigerated truck trailer in order to store the growing number of migrant bodies being recovered from the Rio Grande River.

The fire chief for the Eagle Pass Fire Department said that the local mortuaries and funeral homes are so overwhelmed by the number of bodies that recoveries are a daily occurrence for his crews, according to Fox News Digital.

“There are so many bodies being recovered that the morticians are asking for assistance,” Chief Manuel Mello III told Fox News Digital. “I had never seen so many drownings like we’re seeing right now.”

Chief Mello told The Washington Times in an email that a local mortician who is contracted with Maverick County made a request to use the county’s refrigerated truck trailer. County officials are clearing the request with Eagle Pass’ Emergency Management office.

He confirmed that the trailer is being requested due to the “combination [of] the high number of fatalities and the high workload of the medical examiner.”

Chief Mello told Fox News Digital that there are usually 30 recoveries a month — far more than the 12 per year the department undertook when he first joined 25 years ago.

The Rio Grande’s unpredictable depth is responsible for the drownings.

Migrants will be traversing in knee-high water that will suddenly drop down to 10 to 12 feet, Chief Mello said. He mentioned that the river’s uneven floor caused the recent drownings of an uncle, a 3-year-old toddler and a 3-month-old baby.

Customs and Border Protection data show that there have been over 376,000 migrant encounters in the border’s Del Rio section since last October. There have been 1.8 million encounters across the entire U.S.-Mexico border in that same time frame.