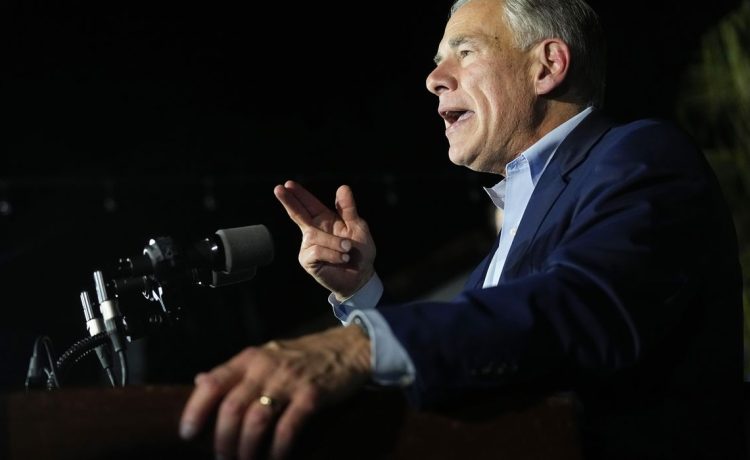 Texas Gov. Greg Abbott said Tuesday he has invoked the “invasion clauses” of the U.S. Constitution and his state Constitution, saying it will give him the power to take “unprecedented measures” to stop the flow of people.

The Republican governor has long staked out a get-tough approach to the U.S.-Mexico border, and it was not clear what new steps he would take with the additional authority.

“I invoked the Invasion Clauses of the U.S. & Texas Constitutions to fully authorize Texas to take unprecedented measures to defend our state against an invasion,” the governor wrote on Twitter. “I’m using that constitutional authority & other authorization & Executive Orders to keep our state & country safe.”

He pointed to steps already underway, including deploying the Texas National Guard and the Texas Department of Public Safety to patrol the border, using state money to construct sections of a border wall, and stationing gunboats on the Rio Grande River.

The invasion declaration has long been sought by conservatives who want to see governors take a more active role in stiffening borders to fill the gaps left by the more relaxed policy of the Biden administration.

But some of those pushing the declaration idea said Mr. Abbott’s version stopped short of what he could do.

“Governor Abbott has not invoked the full authority of an invasion declaration. Saying you’re being invaded but not blocking the invaders from coming is a hollow shell,” said Ken Cuccinelli, former acting deputy secretary at Homeland Security, and Russ Vought, former budget director in the Trump White House.

“Until Governor Abbott removes illegals back across the border and out of the country, this will continue to be a P.R. stunt — and Texas and the U.S. are worse off because of it,” said Mr. Vought and Mr. Cuccinelli, who are now part of the Center for Renewing America.

Normally the federal government has a monopoly on the use of military force and controlling borders. States have played a supporting role.

But Mr. Cuccinelli and Mr. Vought argue that the Constitution makes an exception if states are “actually invaded.”

Border Patrol agents nabbed more than 204,000 illegal immigrants jumping the border from Mexico in October — the highest total on record for that month — and more than 26,000 others were encountered by officers coming into the land border crossings.