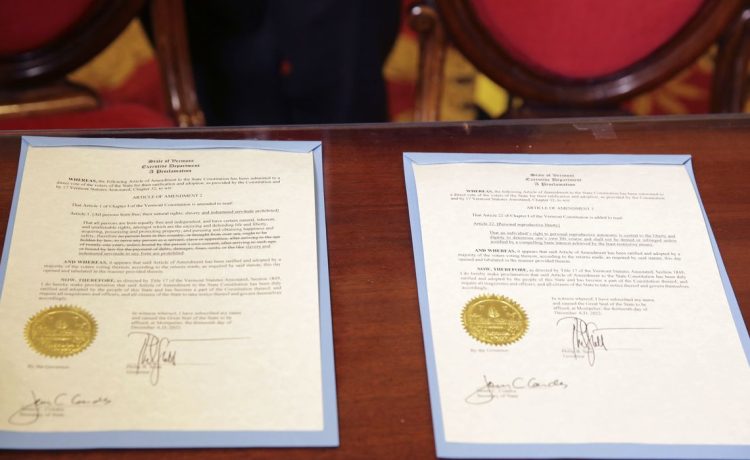 Stephanie Carter, a nurse practitioner at Olin E. Teague Veterans’ Center in Temple, Texas, says the VA failed to follow a law prohibiting abortions at clinics and had no procedure to grant her a religious exemption from being required to participate in abortions.

“It is unconscionable that the Biden administration would force health care workers at VA facilities to violate their consciences,” Danielle Runyan, senior counsel for First Liberty Institute, the public interest law firm representing Ms. Carter, said in a statement. “The VA should be focused on caring for the men and women who bravely served to protect our country, not on performing illegal abortions.”

The attorney also said Ms.Carter could be subjected “to potential criminal and civil liability” under Texas law limiting abortions.

The Department of Veteran Affairs did not immediately respond to a request for comment.

The lawsuit, filed Wednesday in U.S. District Court for the Western Division of Texas, says the Biden administration published an interim final rule in September saying the VA “would ‘immediately’ begin providing a wide breadth of abortion services” for veterans and civilian VA beneficiaries.

“As an Army veteran herself, and as a Christian who views her nursing work as a calling, Ms. Carter relished the opportunity to serve her fellow veterans as a nurse practitioner,” the complaint states.

However, under the new rule she “overnight … found herself working at a medical facility whose mission now included providing abortions and abortion counseling,” which violates her religious beliefs, according to the suit.

Ms. Carter “initially requested a religious accommodation” that would allow her to avoid abortion services, “but was told by her supervisor that there was no process in place for the VA to consider her requests,” according to the suit. Her attorneys said in the complaint there is still no procedure to process such requests.

“Congress did not grant the Secretary of the VA the authority to unilaterally implement a Rule that now allows the VA to provide unlimited abortion services to both veterans and [civilian] beneficiaries,” the lawsuit states.

The attorneys said Texas has jurisdiction over the facility along with the federal government. They said Ms. Carter could be prosecuted for a felony under Texas law, which prohibits abortions except to save a mother’s life. She also could face “steep civil penalties” and the loss of her nursing license if she follows the VA’s rule.

Texas bans abortion after a fetal heartbeat can be detected, usually about six weeks of pregnancy. It authorizes private citizens to sue anyone who provides or facilitates an abortion. Violators face a minimum penalty of $10,000, along with court costs and attorney fees.