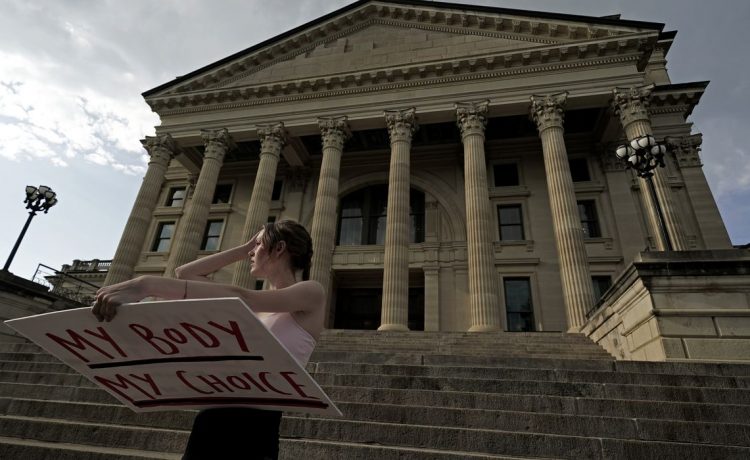 One of the most perplexing monstrosities in the current political arena has been the reluctance and outright refusals of prominent pro-choice politicians to openly state which limits — if any — on abortion they support.

Public polling on the issue is, no doubt, complex and ebbs and flows depending on how questions are worded and asked, though one central theme is clear: the majority of Americans support limits on the procedure.

In fact, a 2022 Knights of Columbus/Marist Poll found that 71% supported at least some legal limits on abortion, with 81% stating they believe the law can protect both a mother and an unborn child.

Here’s a sentence from the Associated Press based on a 2021 poll that sheds even more light on the matter: “A solid majority of Americans believe most abortions should be legal in the first three months of a woman’s pregnancy, but most say the procedure should usually be illegal in the second and third trimesters.”

Yet some of the most prominent Democratic politicians cannot bring themselves to openly name a gestational age at which they would agree to cap or restrict abortion. Ironically, this bizarre withholding has come at a significant political cost to the left and the pro-choice movement more broadly.

The overturning of Roe v. Wade, the 1973 Supreme Court Case legalizing abortion across America, was, without a doubt, one of the most avoidable political thrashings.

Rather than come to the table with pro-lifers to compromise, liberal politicians and activists spent decades opting to amend language, remove emotion and dig in their heels. Not only was there apparently no abortion restriction worthy of discussion, but there was also a sudden clarion call to normalize the procedure, remove all shame, and even encourage women to “shout” their abortive experiences from the rooftops.

That decision to go all in is exactly what brought Democrats to the juncture they most desperately feared: the Supreme Court’s Dobbs ruling, which terminated Roe and sent legislative decisions about abortion back to the states.

Even a smidgen of humility and grace for the other side could have staved off or even prevented that moment, yet progressives’ tactical errors left them with a mess of their own making.

“Does President Biden favor any limits on abortion?” Mr. Doocy pondered, to which Ms. Jean-Pierre dodged and said the Biden administration has been “clear” in its discussion of the matter.

As you can imagine, the conversation devolved, with Mr. Doocy refusing to let the matter go. Rather than give a direct answer, Ms. Jean-Pierre proceeded to dismiss efforts to cap abortion at 15 weeks while also accusing Republicans of extremism.

A flummoxed Mr. Doocy pondered why Ms. Jean-Pierre declined to get into any of the gestational specifics. After all, it’s a question most Americans have and one they deserve to see answered.

The bizarre back-and-forth is a tragic reminder of just how entrenched Democrats are in the abortion schema. But what’s perhaps most wretched is that Ms. Jean-Pierre represents Mr. Biden, a man who once openly held views that would make contemporary Democrats squirm.

Before becoming president, Mr. Biden opposed most federal funding for abortion, voting in 1977 and 1981 against a compromise allowing Medicaid funds for abortions in the case of rape and incest.

He once voted to ban certain late-term abortions and even openly said in his 2007 book, “Promises to Keep,” that he has a middle-road approach to abortion.

Mr. Biden even said early on in his Senate career that women shouldn’t have the “sole right to say what should happen to her body.” Beyond that, he once voted in the Senate Judiciary Committee to advance a Republican attempt to allow individual states, via constitutional amendment, to overturn Roe (he later voted against the measure).

Yet Biden’s representatives can no longer state a time at which he believes abortion should be restricted or whether he favors any limits at all. It’s a bizarre turn of events that shows just how sacrosanct abortion has become for the Democratic Party and how politics has soured rational discussion on such an important life-and-death matter.

Billy Hallowell is a journalist, commentator and digital TV host who has covered thousands of faith and culture stories. He is the director of content and communications at Pure Flix, and previously served as the senior editor at Faithwire and the former faith and culture editor at TheBlaze.