The Great Days > News > The MAGA agenda, denounced by Democrats, makes sense to many Americans
News 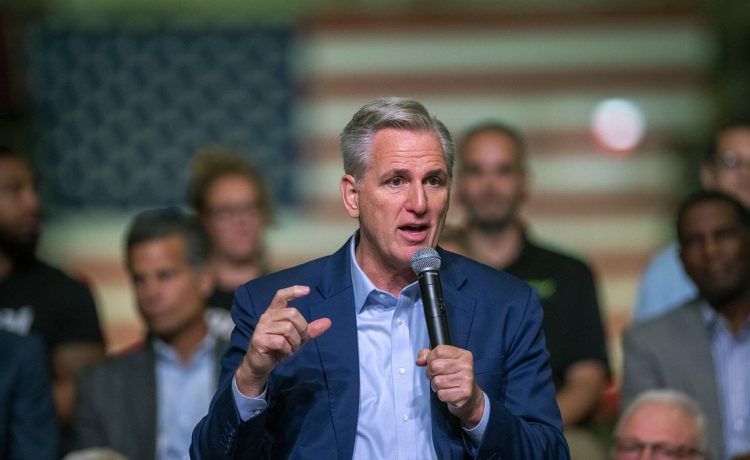 Democrats love to trash the so-called MAGA agenda, but the term represents a list of specific policy initiatives embraced by GOP voters that the party believes will usher in a Republican takeover of Congress and eventually the White House.

Republicans, poised to take over the House in November, rolled out an agenda Friday that was endorsed by Trump allies and all but screamed MAGA, even though GOP leaders didn’t mention the former president by name.

“The American people are tired of watching their wages shrink under the crushing weight of inflation, frustrated with lawlessness, an open border, and rising crime, and sick of a government that is not held accountable,” Mr. McCarthy told the Washington Times. “The Commitment to America will once again restore a government of, by and for the people.”

The House GOP priorities align with the MAGA agenda Mr. Trump promotes more broadly at nationwide rallies as he mulls a 2024 White House run. It also responds to top concerns among voters, who have been steadily abandoning President Biden amid high inflation and gas prices as well as rising crime and record levels of illegal immigration.

“It’s in large degree in line with what the people are thinking,” Derrick Morgan, the executive vice president of the conservative Heritage Foundation, said. “A good dose of populism is not a bad thing.”

In a Gallup poll this month, 56% of Americans said rising prices are causing their household “financial hardship,” an increase from 49% in January.

Republicans and many economists blame the near-historic inflation on massive government spending, much of it under President Biden and Democratic control of Congress. Mr. McCarthy pledged that the GOP agenda will “curb wasteful government spending that is raising the price of groceries, gas, cars, and housing, and growing our national debt.”

Eight in ten Americans are also worried about crime, Gallup found in an April survey, while an ABC News/Ipsos poll last month found Republicans leading Democrats by about 10 points on immigration, crime and the economy.

The House GOP’s proposal won the endorsement of the America First Policy Institute, a Trump-allied think tank that was first formed to develop Mr. Trump’s never-realized second-term agenda and is staffed by many former Trump administration officials.

The term MAGA evolved from Mr. Trump’s Make America Great Again slogan that was central to his 2016 campaign and arguably played a major role in securing his victory over Hillary Clinton.

“Trump expressed a vision that America liked, that America wanted,” Job Creators Network President Alfredo Ortiz, who last week outlined a small business recovery plan aligned with the House GOP proposal, said about the MAGA slogan. “In some cases, some of the policies weren’t necessarily fleshed out in the beginning. What McCarthy did is to finally establish a vision for the Republican Party.”

The term has been bastardized by Democrats and, in particular, by Mr. Biden, who in a recent speech delivered in front of Philadelphia’s Independence Hall called out MAGA 13 times, describing it as something dark and dangerous for the nation and “an extremism that threatens the very foundations of our republic.”

Speaker Nancy Pelosi, California Democrat, said the agenda was “extremist” and “way out of step with Americans’ priorities.” It represented, she said, “House Republicans’ whole-hearted Commitment to MAGA.”

The House GOP plan does not propose either, but Republican Sen. Rick Scott of Florida had called for annually sunsetting entitlements while Republican Sen. Lindsey Graham of South Carolina separately proposed a federal ban on abortions after 15 weeks of pregnancy.