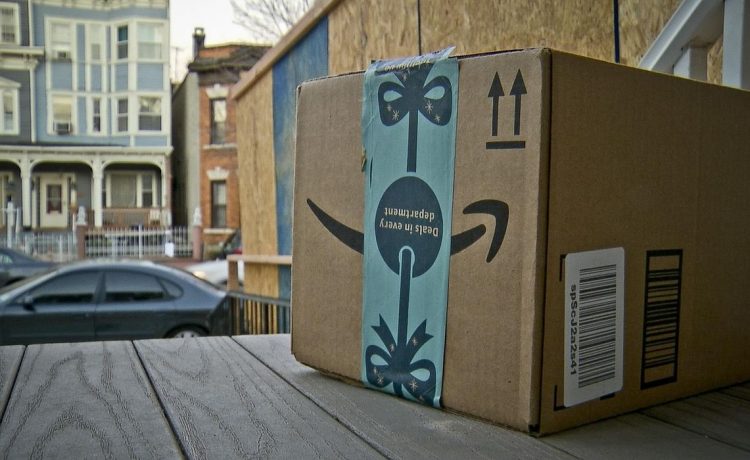 A record 250 million packages were stolen from front doors, walks and porches in the U.S. over the last year, according to a new report, and authorities are warning that the holidays are peak Grinch season.

A study released Monday by home and neighborhood safety company SafeWise estimates that “porch pirate” thefts were up by 50 million over the 12 months ending in November.

The theft of 260 million packages is still just a fraction of the more than 20 billion parcels delivered to American homes each year, but authorities say the cost to businesses and consumers is almost $20 billion annually.

“All of this adds up to easy targets for thieves,” he said. “Porch piracy is a low-entry crime. There are no special skills needed to walk up a driveway and steal a package.”

The San Francisco metro area was said to be the most affected by package thieves, which includes nearby cities of Oakland and San Jose in the Bay Area.

California more broadly was seen as a repeat victim of these criminals, with Sacramento (5th), Los Angeles (6th) and Fresno (8th) all cracking the report’s Top 10 worst areas for porch pirates.

SafeWise’s rankings come from a combination of Google Trends data and FBI larceny-theft numbers. The company also surveys at least 1,000 people to determine if they’ve been a victim of package theft and what they’re doing to prevent it.

However, these rankings aren’t set in stone. A year ago, Denver was ranked as SafeWise’s worst place for package theft. Now it’s fallen out of this year’s Top 10 entirely.

The Mile High City’s numbers on package theft reflect that positive trend. A total of 1,254 packages were reported stolen to Denver police in 2020, and another 1,331 were taken in 2021. This year, that number is down to 1,213, according to the police’s most recent data from Tuesday.

“It’s difficult to pinpoint why the numbers are different, but perhaps online shoppers are using more secure delivery methods than having packages delivered to their doorsteps,” a Denver police spokesperson told The Washington Times.

The spokesperson added that the strategies for discouraging package theft haven’t changed. “Prevention is critical and possible with this type of crime.”

While not foolproof — SafeWise said that 35% of those surveyed who had a package stolen also had security cameras installed — the improved quality of images being captured by the cameras can help police identify the perpetrators.

Amazon Prime members — in covered areas — can sign up for Amazon Key, according to Consumer Reports. Amazon Key lets drivers access your garage to drop off their deliveries. Walmart has created a similar service called Walmart+ InHome, where couriers can be let inside your home to put away groceries in the fridge.

You’ll need to shell out another $30 for a Chamberlain MyQ Smart Garage Control in order to make use of Amazon and Walmart’s in-home deliveries. The added service will let you control your garage door from the Amazon Key app, which also lets you connect your Ring cameras to it as well.

A simpler way to ensure no package theft is to leave your delivery driver special instructions. That could mean having them drop the package somewhere other than by the front door or have them leave it with a clerk at your apartment building. FedEx, UPS and the U.S. Postal Service all allow this.

Both FedEx and UPS also give customers the option of having packages dropped at another location, such as a neighbor’s home or a place of work.

A D.C. police spokesperson told The Washington Times that the District offers what they call “Safe Exchange Zones” for purchases made over third-party vendors, such as Facebook Marketplace or OfferUp.