The War on Christmas is a war on America 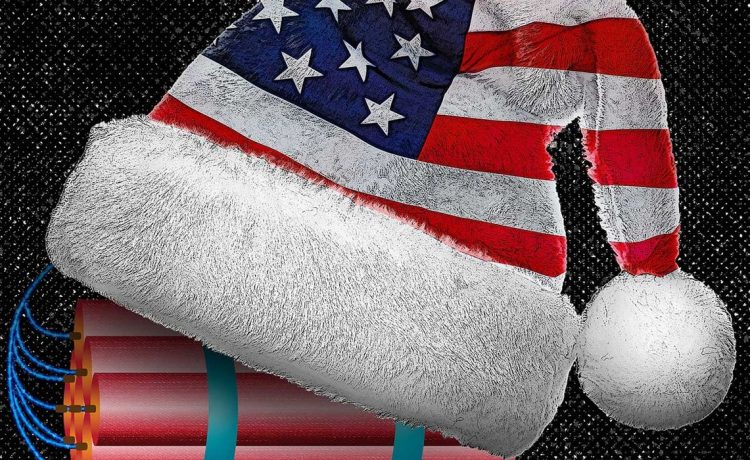 The left hates Christmas because it hates all expressions of faith in our society. On a deeper level, however, the War on Christmas is a war on America.

More than Thanksgiving, Memorial Day or the Fourth of July, Christmas unites us as a people.

Anything that brings Americans together, the left fears — like the flag, the national anthem and statues of our heroes.

This is reflected in the push to get Christmas trees out of public parks and libraries (which have no problem celebrating Pride Month and having “drag queen story hour”) and the holy war against holiday decorations in schools and other public places. Sales staff risk life and limb by wishing customers a “merry Christmas.”

The mainstream media tries to gaslight us by telling us the War on Christmas was invented by conservative groups to raise money and mobilize the base.

You really can’t make this stuff up.

The King County, Washington, Human Rights Commission has banned Christmas and Hanukkah decorations from the workplaces of county employees — including virtual workplaces. Even holiday-themed clothing is verboten.

“Some employees may not share your religion, practice any religion, or share your enthusiasm for holiday decorations,” a memo from the commission explains. This exquisite sensitivity applies only to religious holidays. Everyone must take part in Pride Month and do homage to Black Lives Matter.

On the other side of the continent, the War on Christmas has taken a nasty turn.

The Needham, Massachusetts, Public Library decided it would break 28 years of tradition by not displaying a Christmas tree this year, because unnamed people said that last year, the evergreen made them “feel uncomfortable.” What, they thought the Tannenbaum would assault them, or try to convert them to Christianity?

After a public outcry, the library relented. The reversal, in turn, set off a member of the town’s Human Rights Commission (HRCs are general headquarters for secularist witch hunts), who went full Grinch, calling the lady who championed the tree’s return a “selfish f—-ing b——” and “disgusting trash” who had somehow endangered the lives of municipal workers because “that’s what your magic sky daddy wants.” The billet-doux closed with the author wishing “great suffering” on the tree’s proponents. She has since resigned from her position.

If the right invented the War on Christmas, why are there so many enemies of Yuletide cheer, who range from the mildly obnoxious to the downright hysterical?

In part, it’s a sense of entitlement. Liberals believe they have a right not to be confronted with signs of a holiday they don’t celebrate. But it goes far beyond that to a matter of national identity.

The left is for everything that divides us — multiculturalism, critical race theory, sexual indoctrination in the schools and unisex bathrooms — and against everything that unites us. Nothing brings Americans together like Christmas — and I say that as a non-Christian.

Christmas seems to be a uniquely American holiday — Irving Berlin’s “White Christmas,” “I’ll Be Home for Christmas,” “Miracle on 34th Street,” “Yes, Virginia, There Is a Santa Claus,” and memories of a time before homeless encampments, illegal aliens streaming across the border, fentanyl and men in ballgowns demanding their inalienable right to invade ladies’ shower and changing rooms. Christmas reminds us of a time when America was sane — the normalcy for which many long.

“Merry Christmas” is an expression of goodwill and hope for the future. Optimism is another American virtue.

The War on Christmas isn’t just another dimension of the culture war, but psych warfare against Americanism. The left isn’t just gunning for Christmas trees, glad tidings and a Jolly Old Elf with a sack full of presents, but the American ideal, which we must fight to preserve.

Like Natalie Wood’s character in “Miracle on 34th Street,” we must believe and keep right on believing — that there’s a mystical connection between Christmas and America.

• Don Feder is a columnist with The Washington Times.