The Way Of Water’ U.S. Premiere 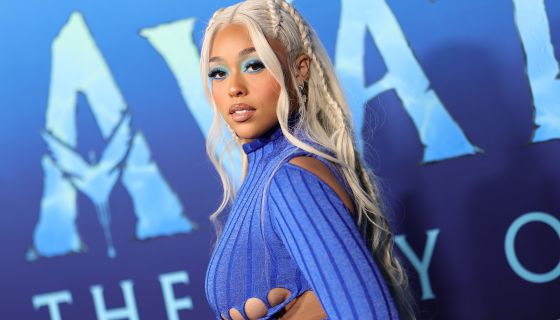 All eyes were on Her Royal Thighness Jordyn Woods who commanded the blue carpet in a curve-caressing dress at the star-studded Avatar: The Way Of Water U.S. premiere in Hollywood.

The buxom baddie served Daenerys Stormborn with a splash of Avatar blue at the buzzy event that also brought out H.E.R., Halle Bailey, The Weeknd, and many more. 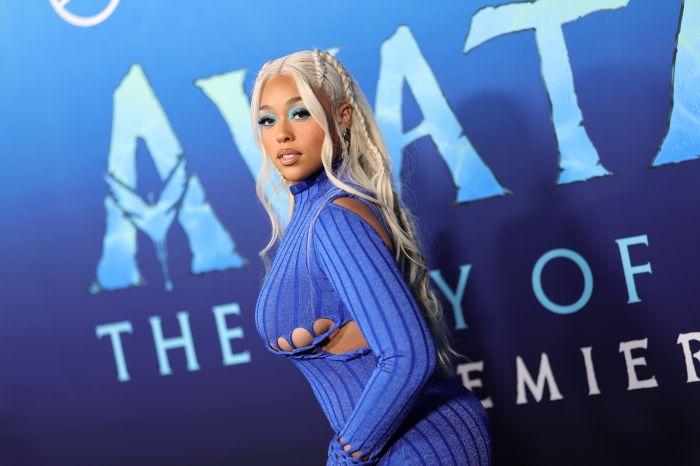 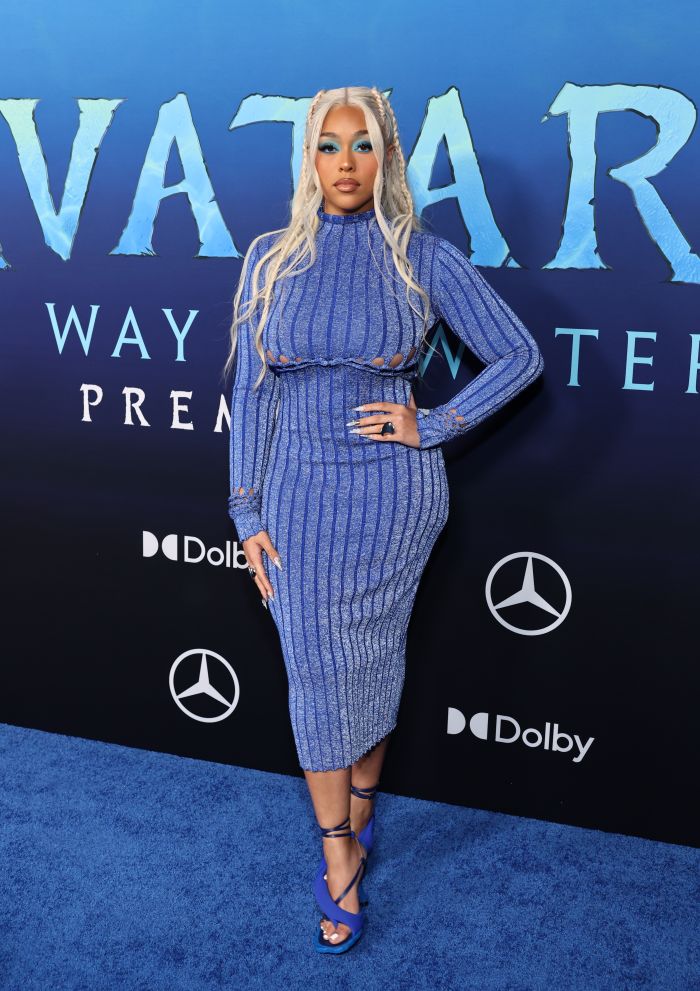 Also worth noting is Jordyn’s little sister Jodie stunning with a blue look of her own.

The slays perfectly complemented long-awaited global blockbuster Avatar: The Way Of Water that tells the story of the Sully family (Jake, Neytiri, and their kids), the trouble that follows them, the lengths they go to keep each other safe, the battles they fight to stay alive, and the tragedies they endure more than a decade after the events of the globally-revered first film.

The cinematic experience soars to new heights as audiences are transported back to the magnificent world of Pandora in a spectacular and stirring action-packed adventure.

“There’s skepticism in the marketplace around, ‘Oh, did [Avatar] ever make any real cultural impact?’” said Cameron in an interview with THR.

”‘Can anybody even remember the characters’ names?’” …when you have extraordinary success, you come back within the next three years,” he continued, adding, “that’s just how the industry works. You come back to the well, and you build that cultural impact over time. Marvel had maybe 26 movies to build out a universe, with the characters cross-pollinating. So it’s an irrelevant argument. We’ll see what happens after this film.”

Avatar: The Way Of Water opens in theaters worldwide December 16.