The Great Days > Entertainment > ‘There Is No Impunity’ In Shanquella Robinson Case, Says AG
Entertainment

‘There Is No Impunity’ In Shanquella Robinson Case, Says AG 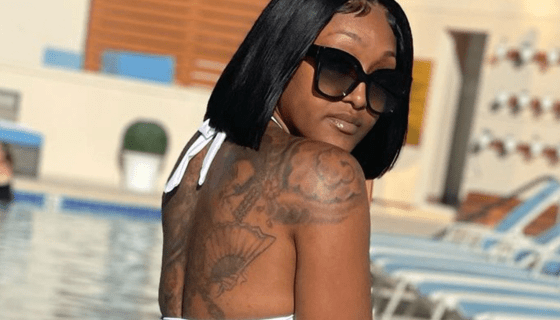 It has been nearly four months since Shanquella Robinson died within the first 24 hours of a group trip to Cabo and it doesn’t appear that Mexican authorities are much closer to bringing those responsible to justice—but they’re trying, apparently. According to WCNC, State Attorney General Daniel de la Rosa Anaya, of the Baja California Sur Attorney General’s Office, held a recent press conference during which he was asked to comment on the investigation into Robinson’s death. Truthfully, he didn’t say much outside of the fact that authorities had identified a suspect and are now seeking to have the person, who hasn’t been named publicly, extradited back to Mexico.

WCNC reports that de la Rosa Anaya said police are investigating this as femicide and are focused on locating an unnamed suspect. The attorney general says they have worked with Interpol to put out a red notice, which is an advisory to law enforcement across the globe to be on the lookout for a suspect. He reiterated that the suspect will be extradited.

“There is no impunity in this case,” said de la Rosa Anaya. “Right now, it is important to obtain, above all, the judicial order of the presumed person responsible for these unfortunate events.”

Considering the fact that it was already announced in November that Mexican authorities had identified a suspect to be charged with femicide and that they were looking to locate and extradite said suspect, Anaya’s remarks don’t seem to be as much much of an update as it is a reminder that everything regarding this case is still pending.

“This case is fully clarified, we even have a court order, there is an arrest warrant issued for the crime of femicide to the detriment of the victim and against an alleged perpetrator, a friend of hers who is the direct aggressor,” Anaya said previously, according to Fox News.

Actually, according to WSOC-TV, Anaya also said their office is working with U.S. authorities to determine if more than one person is to be held responsible for Robinson’s killing and make sure they’re interviewed if so. (Like, say, any of the other members in her group of “friends” she traveled to Cabo with who all allegedly came home with conflicting stories about why Robinson didn’t come home.)

“It is important to obtain the court order with regard to whoever is responsible for this, but also if there were any accomplices,” Anaya said.

So maybe Anaya jumped the gun a little in claiming the case was “fully clarified” when authorities aren’t even clear on who all needs to be charged in connection with Robinson’s death.

Meanwhile, legal experts in the U.S. are cautioning those of us who are anxious to see Robinson’skiller or killers brought to justice to exercise patience because we’re going to need it.

“People need to understand that this is not going to be a quick process,” Yolanda Trotman, a North Carolina criminal defense attorney and former judge, told WSOC-TV. “The extradition process takes some time. There’s going to have to be a level of patience, I think, with people that want justice quickly and justice may not look like we’re used to.”