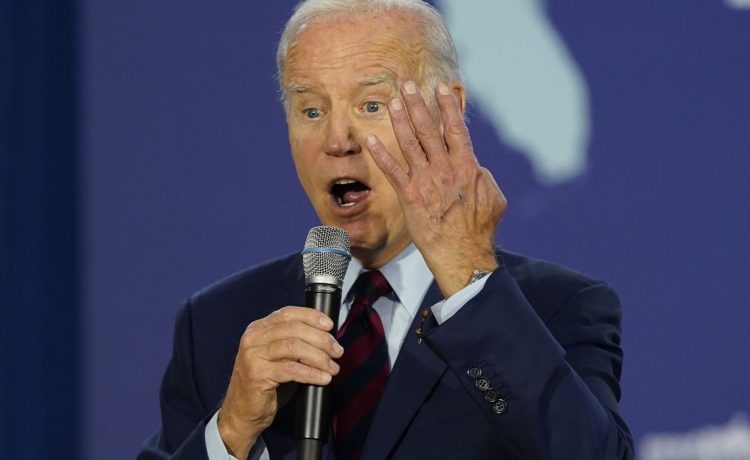 President Biden on Tuesday blasted the Republican responses to last week’s attack on House Speaker Nancy Pelosi’s husband, calling the crime a reminder that “democracy is on the ballot” next week.

In his remarks during a fundraiser for Florida Democratic gubernatorial hopeful Charlie Crist in Florida, Mr. Biden slammed Republicans who he said joked about the attack.

“Look at the response of Republicans, making jokes about it,” Mr. Biden said. “These guys are extremely extreme.”

He also chastised Republicans, who he said had not condemned the assault, despite widespread denunciation of violence from GOP leadership following the assault.

“I always say democracy is on the ballot. I really mean it,” Mr. Biden said, adding that there hasn’t been such a pronounced threat to democracy since the Civil War.

Paul Pelosi was assaulted with a hammer early Friday at the family’s San Francisco home while Mrs. Pelosi, California Democrat, was in Washington. Mr. Pelosi remains hospitalized after undergoing successful surgery to repair a skull fracture and serious injuries to his right arm and hands.

David DePape, 42, is being held without bail after pleading not guilty Tuesday to multiple state counts including attempted murder and residential burglary. He also faces federal charges related to Mrs. Pelosi’s position.

“Nancy Pelosi — well, she’s got protection when she’s in D.C. Apparently her house doesn’t have a lot of protection,” Ms. Lake said while commenting on protecting children in schools.

“Horrified and disgusted by the reports that Paul Pelosi was assaulted in his and Speaker Pelosi’s home last night,” Senate Majority Leader Mitch McConnell, Kentucky Republican, wrote on Twitter.

House Minority Leader Kevin McCarthy, California Republican, said after the attack that he had reached out to the speaker and offered his prayers for Mr. Pelosi’s recovery. In an interview for Breitbart radio on Saturday, Mr. McCarthy called on all forms of violence against lawmakers to stop.

House Republican Whip Steve Scalise of Louisiana said he was “disgusted” by the “horrific assault.”

“Let’s be clear: Violence has no place in this country. I’m praying for Paul Pelosi’s full recovery,” he wrote on Twitter.

Democrats were quick to accuse Republicans of stoking vitriol that they said led Mr. DePape, an online conspiracy theorist, to commit the assault.

President Biden on Friday likened the attack to the Jan. 6 attack on the U.S. Capitol, saying the San Francisco attacker shouting “Where is Nancy?” echoed chants used by the rioters.

“Enough is enough,” he said. “Every person of good conscience needs to clearly and unambiguously stand up against the violence in our politics, regardless of what your politics are.”