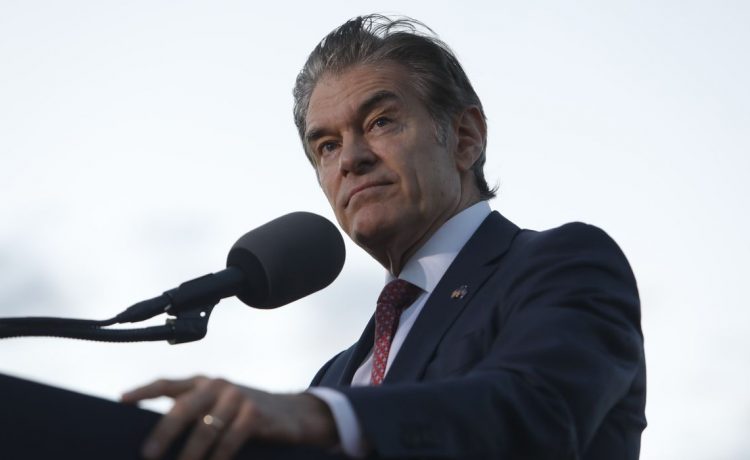 Many Americans will vote the party line on Tuesday but crucial races could be decided by folks who pick a governor from one party and a Senate contender from the opposite team.

It’s what is known as “ticket-splitting” and, though once seen as a dying trend in U.S. politics, it is expected to make a comeback in the elections Tuesday.

A recent Emerson College Polling/The Hill survey in Pennsylvania said about 9% of those supporting Democrat Josh Shapiro for governor plan to split their ticket and support Mehmet Oz, a Republican, for Senate.

Mr. Shapiro’s GOP opponent, Doug Mastriano, has struggled for support and at one point urged supporters to join him in 40 days of fasting and prayer.

Mr. Oz, meanwhile, has gained momentum while Mr. Fetterman toils with questions about his recovery from a stroke in May.

“In Pennsylvania, there will be a larger-than-usual number of ticket splits. It would not be a big surprise if that happened in other states as well,” said G. Terry Madonna, a senior fellow for political affairs at Millersville University. “Huge policy and personality differences have created this environment.”

Polls in Georgia suggest a similar dynamic is at play in the state’s governor and Senate races.

Gov. Brian Kemp, a Republican seeking reelection, held an 8-point lead in a recent Marist poll while Sen. Raphael Warnock, a Democrat, is deadlocked with Republican challenger Herschel Walker, a football legend from the Peach State.

Some voters say they cannot support Mr. Walker, who is untested in politics and has contended with unflattering reports that he paid for girlfriends’ abortions.

“If they keep putting candidates out like Marjorie Taylor Greene and Walker, then I have no choice,” one Georgia ticket-splitter told CBS News this month, explaining he was a lifelong Republican but feels more like an independent these days.

Ticket-splitting has a long history in U.S. politics, particularly among independent-minded folks who feel it is important to evaluate candidates individually or see value in a divided government.

Some people were ready to write the obituary for ticket-splitting in 2016 when every state holding a Senate election opted for senators of the same party as the presidential contender who won that state.

Yet this year’s cycle offers a series of races in which voters might mix and match with candidates from different parties.

The unfolding trend could determine who wins control of the evenly divided Senate. Each race could tilt the balance of the upper chamber, which is controlled by Democrats through a tie-breaking vote from Vice President Kamala Harris.

New Hampshire is one key battleground. Republican Gov. Chris Sununu is on track to coast to reelection while Democratic Sen. Maggie Hassan is locked in a tight race with Republican challenger Don Bolduc, who closed an early polling gap and trails by 1 point or so in polling averages.

Some mainstream Republicans have chafed at Mr. Bolduc’s rhetoric. He once called Mr. Sununu a “Chinese communist sympathizer” and repeated unsubstantiated claims about a New Hampshire school offering litter boxes to students who identify as cats.

Fergus Cullen, a former chairman of the New Hampshire Republican Party, said Mr. Sununu grabbed significant support from Biden supporters in 2020 so he could see a double-digit share of voters splitting their tickets between the Republican governor and Ms. Hassan.

There’s also the fact Mr. Sununu is quite popular. The University of New Hampshire poll found that 14% of Hassan voters plan to vote for Mr. Sununu in the governor’s race, according to poll Director Andrew E. Smith.

In Ohio, Democratic Rep. Tim Ryan is openly appealing to Republicans in his Senate bid against J.D. Vance, the GOP nominee. The state opted for former President Donald Trump in 2016 and 2020.

“We have so many two-time Trump voters who aren’t for the insurrectionists and aren’t for all the craziness and insanity but they’re voting for me because I’m talking about the pocketbook issues that they care about,” Mr. Ryan told CNN.

Mr. Ryan is running about 5 points behind Mr. Vance in FiveThirtyEight’s polling average, while Ohio Gov. Mike DeWine is up by 20 points over his Democratic challenger, suggesting some DeWine voters might select Mr. Ryan for Senate.

Both Mr. Fetterman and Stacey Abrams, the Democrat challenging Mr. Kemp in Georgia, have tried to swing things back their way by appealing to persons who’ve soured on Republican candidates in parallel races.

Ms. Abrams has tried to tie Mr. Kemp, who supports pro-life policies, to Mr. Walker, who continues to face questions about the reports he paid for an abortion.

She said the governor “refuses to defend us, and yet he defended Herschel Walker, saying that he didn’t want to be involved in the personal life of his running mate.”