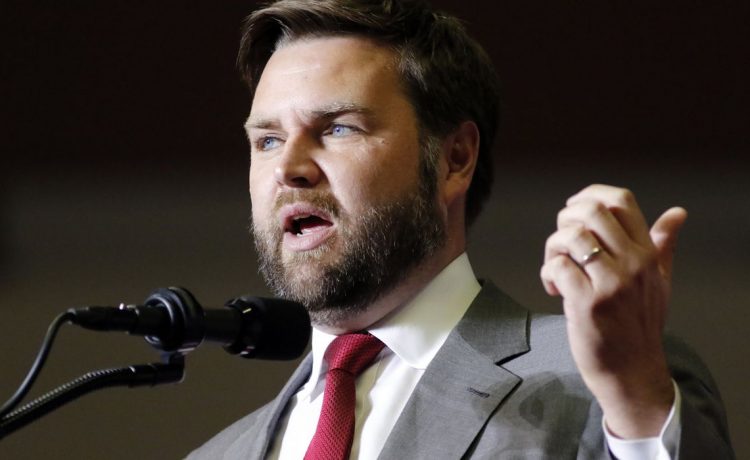 In one of the most closely watched Senate contests in the country, Republican J.D. Vance and Democrat Tim Ryan swung hard at each other on abortion, illegal immigration, inflation and crime in their only face-to-face meeting ahead of the Nov. 8 election.

Mr. Ryan said he’s running to represent “the exhausted majority,” and that Mr. Vance represents what he called an extremist and dangerous wing of the Republican Party that still pledges allegiance to former President Donald Trump and his MAGA agenda.

Mr. Vance said Mr. Ryan has worked against jobs in Ohio and has crushed the state’s critical manufacturing sector by opposing the state’s fracking industry.

Mr. Vance, 38, is the Trump-endorsed Republican in a state where the former president remains popular after winning Ohio by eight points in both 2016 and 2020. Mr. Vance is running on a conservative platform to fight overspending, secure the southern border, increase domestic energy production and rebuild the nation’s manufacturing sector. He’s also promising increased funding for the police.

He is also running on revitalizing the state’s industrial sector, and said he’ll support policies to lower health-care costs and increase wages if he’s elected to the Senate.

The Vance-Ryan battle is among several close Senate races that will determine which party controls the chamber in January.

The two candidates differ perhaps most significantly on the issue of abortion.

Mr. Vance said he opposes the procedure at any point in a pregnancy while Mr. Ryan has said he supports access to abortion without any limits.

Each man has tried to frame each other as an extremist on the issue, which become a leading concern among some voters following the Supreme Court decision to overturn its 1973 ruling making abortion a federal constitutional right.

Mr. Ryan, who in the past opposed abortion, said his views changed after speaking to pro-choice women about the issue.

“We can’t ignore the level of extremism that we’re hearing from J.D. Vance on this position,” Mr. Ryan said. “No exceptions for rape and incest. If you get raped, J.D. Vance and others are gonna say you have to have that baby. State-mandated pregnancies for a rape victim. That is so far out of the mainstream, it’s not even funny.”

Mr. Vance said Mr. Ryan is lying about his views and “it’s insulting.”

Mr. Vance said he believes women should be allowed to have abortions in some cases, including rape.

He said Mr. Ryan approved legislation legalizing abortion up to 40 weeks and another bill that would end federal funding for free and reduced lunches at schools that do not allow transgender boys to participate in girls sports teams.

“The extremist here, Tim, is you,” Mr. Vance said. “Let’s at least be honest with voters about what our actual views are.”

On the campaign trail, Mr. Ryan sells himself as an independent-minded Democrat who backed former Mr. Trump’s policies on China trade and the military, while telling voters he has disagreed with his own party on many issues, including border security.

Mr. Vance has accused Mr. Ryan of disguising himself as a moderate while Mr. Trump, during a recent rally for Mr. Vance in Youngstown, called Mr. Ryan “a militant left-winger who is lying to your faces.”

The two also sparred over immigration in Monday’s debate.

Mr. Vance said Mr. Ryan, during his two decades in Congress, did nothing to secure the border or stop the flow of deadly illegal drugs that have killed thousands of Americans.

“You’ve been in Congress for 20 years and the problem has gotten worse and worse,” Mr. Vance said.

Mr. Ryan accused Mr. Vance of being “all in” with “election deniers,” and said he helped raise money for the people who stormed the U.S. Capitol on Jan. 6, 2021.

Mr. Vance countered by noting that Mr. Ryan backed the Black Lives Matter rioters who attacked the police and voted for House legislation that would have stripped money from law enforcement.

“Tim Ryan threw the police under the bus,” Mr. Vance said. “He attacked them as the new Jim Crow, and as systemically racist.”

Each man accused the other of presenting an inaccurate public persona.

Mr. Ryan criticizes Mr. Vance, a former venture capitalist, as an out-of-touch millionaire and a fraud who invested in companies that outsourced jobs to China.

Mr. Vance said that, during this Congress, Mr. Vance voted entirely with the Democratic leadership and President Biden, failing to stand up to them on any issue.

While the polls have tightened between Mr. Vance and Mr. Ryan, the state’s electorate has turned increasingly red.

A Spectrum News/Siena College poll published Sept. 28 found 41% of Ohio voters want the GOP to control Congress next year, compared to one-third who want Democrats in charge and 22% who favor divided control.