‘Tis the season for atheists’ and Satanists’ yuletide antics 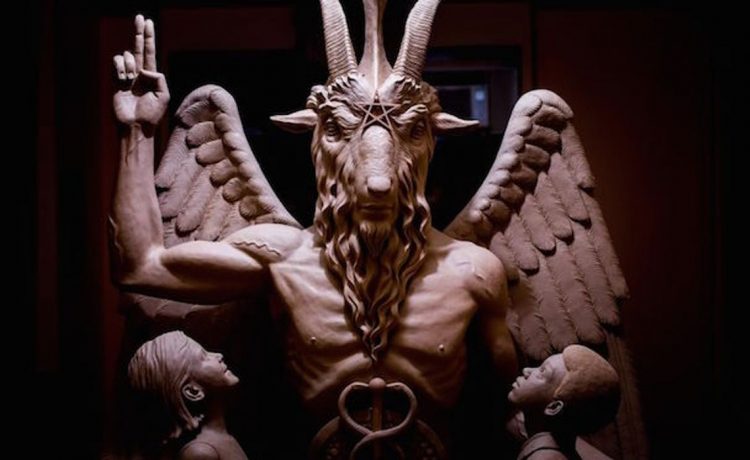 ‘Tis the season for merriment, brotherhood, kindness, joy, and … gaslighting. Each year, without fail, various activist groups seem intent on sullying the holiday joy with balderdash and triviality.

In recent years, Satanist activists have joined atheist objectors in the yuletide tradition of jingling the bells of consternation with the installment of various displays aimed at touting non-theistic ideologies and purportedly poking at those who celebrate the real meaning of Christmas.

These groups intentionally place off-putting signs, banners and symbols next to beloved nativity scenes, Christmas trees (nefariously renamed “holiday” trees in some overly sensitive communities), and other familiar sights and signs of the season.

For example, members of the Satanic Temple in Illinois recently installed their “holiday display” in the state capitol, a Bible-inspired scene featuring a crocheted serpent wrapped around apples with the snake’s head placed upon an open book. The strange spectacle is apparently meant to shed light on recent controversies over banned books.

And who could forget the organization’s 2018 sculpture dubbed the “Snaketivity,” yet another quirky, serpent-themed display?

Additionally, the Illinois chapter of the Freedom from Religion Foundation, a Wisconsin-based atheist activist group, this year has been placing “annual Winter Solstice exhibits” in locations across Chicago.

One banner commemorating the Bill of Rights borrows from Christmas language to proclaim, “Joy to the world — the Bill of Rights is born,” elevating and personifying the document that grants Americans consequential freedoms. But that’s not the only message on the banner. It goes on to read, “During this festive season, let us celebrate reason, not superstition.”

And it doesn’t end there. The foundation has placed its Bill of Rights “nativity” display at a local park. Rather than featuring baby Jesus, Mary, Joseph and other traditional biblical figures, it includes American founders and the Statue of Liberty looking with adoration at … the Bill of Rights in a manger.

Some messages are more overtly aimed at the true meaning of the season than others. In 2018, one of the group’s signs offered a cheer-deflating proclamation: “Religion is but myth and superstition that hardens hearts and enslaves minds.”

Atheists and Satanists seem to see these displays as counter-actions to the placement of nativities on public land. A representative for the Satanic Temple Illinois recently told WCIA-TV his organization likes seeing its display alongside others as an “affirmation of our satanic values by existing in harmony with other religions.”

But if that’s the goal, these tactics seem peculiar. During this season of kindness, love and giving, such messaging sows consternation and seems anything but charitable, considerate or bridge-building. In practice, these efforts only add fuel to the “War on Christmas” furor.

The fallout these statements spark seems well-acknowledged by the aforementioned organizations. FFRF co-president Annie Laurie Gaylor detailed her group’s stance that, if the government allows religious sentiment on public property, it must open up spaces to all faith traditions and perspectives.

“As we always say, if a governmental body creates a public forum for religion, there must be ‘room at the inn’ for dissenting viewpoints,” she said in a statement.

No one is questioning the legality or pertinence of allowing divergent viewpoints. What people are pondering is why people would go out of their way to post messages and symbols that seem to poke at, mock, dismiss or, at the least, sully the sincerely held holiday cheer so many enjoy.

Why is it such a big deal for nativities to be displayed on public property? More than 90% of Americans celebrate Christmas, and the central figure of the celebration is its namesake, Jesus Christ. The nativity is the primary symbolism for Christ’s birth, holding practical and historical significance.

None of these symbols should seem controversial or off-putting, and all are directly tied to the holiday most people commemorate. Rather than respecting that reality, some seem bent on stirring the pot.

While I’d certainly defend their right to do so, it seems there are far better ways to make an impact for their movements. Frustrating others, sadly, does little to instill joy and only further segregates Americans.

• Billy Hallowell is a digital TV host and interviewer for Faithwire and CBN News and the co-host of CBN’s “Quick Start Podcast.” Hallowell is the author of four books, including “Playing with Fire: A Modern Investigation into Demons, Exorcism, and Ghosts,” and “The Armageddon Code: One Journalist’s Quest for End-Times Answers.” He was formerly the director of content and communications at Pure Flix and the former faith and culture editor at TheBlaze.