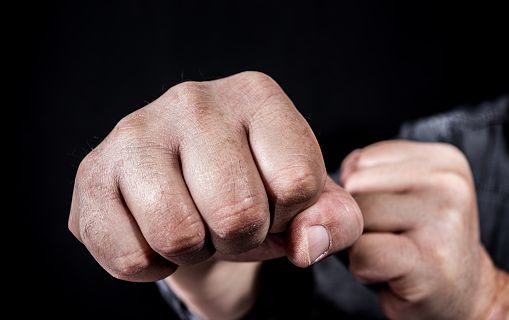 What KKKinda crap is this?!

A Tarrant, Alabama, city council member must’ve thought he was the Caucasian version of Stinkmeaner from The Boondocks when he decided to punch a Black mayor in the face, resulting in his arrest.

According to Al.com, Tarrant City Council member Tommy Bryant whose been previously accused of racism was arrested Monday after he was caught on camera, and in front of witnesses, attacking Tarrant Mayor Wayman Newton.

“He started attacking me and verbally assaulting me,’’ Newton said. “We exchanged words and then he came at me. He sucker-punched me.”

Tarrant police confirmed via Facebook that Bryant struck Newton “in the presence of several witnesses, including Chief Wendell Major,” who Newton said he was approaching to speak to before he was hit by a 78-year-old city council member who was lucky Newton is a better man than me because discount Monty Burns could definitely have gotten his entire soul rocked out of his face.

Imagine being one year younger than Joe Biden and thinking you can throw hands with a sizable Black man half your age. He must have known a mayor—especially a Black mayor—wasn’t in the position to hit back without headlines focusing on the angry Black man mayor who was really just defending himself. Yeah, Great Value Professor Farnsworth must have really been comfortable in his whiteness to even go there.

So, what were these two Alabama officials even beefing about that would cause such an absurd display of violence? Well, apparently, there’s a history.

Asked what they exchanged words about, Newton said it happened so fast he didn’t immediately recall. “He’d (Bryant) been on one all night,’’ he said. “He’d made veiled threats against me,’’ prior to the assault.

Bryant and Newton have been at odds since Newton was elected as the city’s first Black mayor.

In August 2021, Newton was arrested after Bryant signed a misdemeanor warrant against him for harassing communications.

“Tommy Bryant is an unapologetic bigot who is a cancer to the City of Tarrant and my administration,’’ Newton said at the time. “I am confident that the baseless harassment claim he has filed against me will be thrown out.”

So, Bryant had Newton arrested for “harassing communications,” then a little more than a year later, Bryant and his septuagenarian hands earn him a harassment charge that was later upgraded to third-degree assault, according to the Daily Mail.
It’s also with mentioning that, in 2021, the guy who must have thought he was Rocky Balboa but was really just a Dollar Store version of Paulie Pennino (y’all thought I was going to say Mickey, but I would never disrespect the GOAT coach like that) stood up during a city council meeting and asked, “Do we have a house n***** in here?”

Bryant claimed he was only repeating what Newton called City Councilwoman Veronica Freeman. But even if that’s true, it doesn’t matter. White people need to learn there is no context that makes it OK when the n-word slides from their mouths—during a city council meeting no less.

Yeah, this is one bold white man right here. The only real question is, now that he’s escalated to punching Black elected officials, can he be removed from his position now?