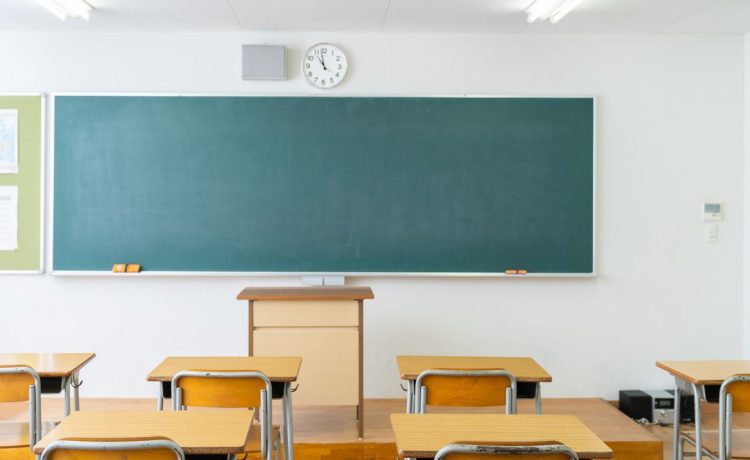 At least 1,200 students at Thomas Jefferson High School for Science and Technology in Alexandria, Virginia, have been affected by a policy that has been carried out by Principal Ann Bonitatibus as recently as this year, according to a report in City Journal.

The policy reportedly reflected the school’s desire for “equal outcomes for every student, without exception.”

Brandon Kosatka, the director of student services, reportedly told Shawna Yashar, a TJ parent, that he and Ms. Bonitatibus agreed to underplay the awards because they didn’t want to hurt the feelings of the students who weren’t recognized.

“We want to recognize students for who they are as individuals, not focus on their achievements,” Mr. Kosatka told Ms. Yashar, according to the City Journal report.

Being named a National Merit Scholar means that a student scored in the top 3% nationwide on the PSAT. It’s a major boost to a student’s college applications and ability to compete for lucrative scholarships.

Ms. Yashar was the parent who first learned about the withholdings, discovering this fall that her teenage son was recognized as a National Merit Scholar in fall 2021, according to the report.

However, Ms. Bonitatibus didn’t distribute the notices to families last year, and didn’t alert the students of their commendations this year until mid-November, well after the early application deadlines for certain elite universities.

Another former student, who wasn’t named, reportedly said that the principal never told his parents or made a public announcement that he won the award. This student learned he was named a National Merit Scholar through a random email from the school to a school-district email account that students rarely check.

Asra Nomani, a parent of a TJ graduate and author of the City Journal report, said that her child was also affected by the school’s decision not to notify its National Merit scholars in 2020.

She claimed it’s a reflection of the school’s “equal outcomes for every student, without exception” strategy that it adopted for the 2020-21 academic year.

The report said that the school was notified about the commended students in September and had the physical awards delivered in October, well ahead of elite colleges’ early application deadlines at the end of October.

School systems typically announce the honored students either publicly or by throwing them a party, according to the report. This year, the report said teachers unceremoniously delivered the certificate to the 240 students recognized while they were sitting at their desks.

“It was a mistake to be honest,” Mr. Zuluaga told City Journal, who added it was wrong merely to hand over the certificate to the students.

“We have to do something special,” Mr. Zuluaga went on. “A commendation sends a very strong message to the kid, right? Your work is meaningful. If you work hard in life, there are good benefits from that.”

Ms. Bonitatibus has a record of pushing equity-based policies at TJ.

During the summer 2020 Black Lives Matter protests, she emailed students and parents urging them to consider “the privileges you hold that others may not.” A federal judge ruled earlier this year that the prestigious school had altered its admissions rules to restrict the number of Asian Americans in a bid for “racial diversity.”

After parents began raising the National Merit issue with TJ’s administrators earlier this month, Mr. Kosatka reportedly sent a Dec. 12 email to the parents of National Merit students apologizing for not sharing the news at the time.

He also said that the school would contact college admissions offices to correct the record, per City Journal.

National Merit’s only notice about the commendation is sent to the schools, and it lets schools decide how to deliver the news to students.

TJ was the top-ranked as the nation’s best high school in 2022 by U.S News & World Report.