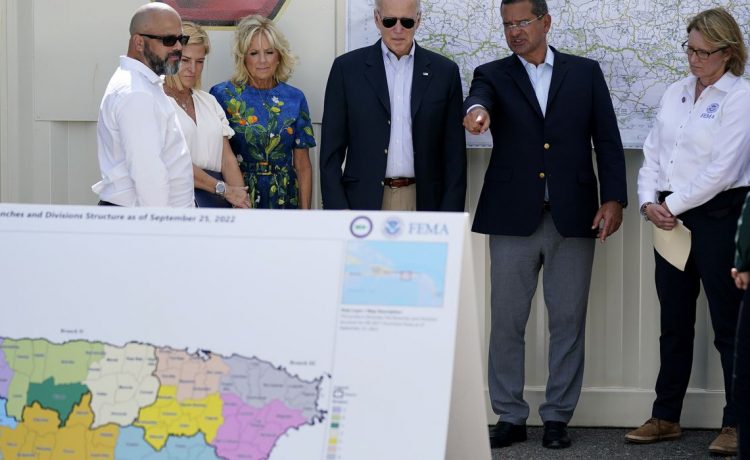 President Biden on Monday left the political world scratching its head when he claimed that he was “raised” by Delaware’s Puerto Rican community.

During a visit to storm-ravaged Puerto Rico, where the president pledged $60 million in U.S. aid to help the island prepare for severe storms like Hurricane Ian, Mr. Biden made the bizarre claim.

“I was sort of raised in the Puerto Rican community at home, politically,” he told the crowd.

The remark, one month before the midterm elections, came as Mr. Biden was touting his connections to Puerto Rico, including noting that 20% of his home state’s population were minorities. However, Mr. Biden did not say how many of those residents were Latino or Puerto Rican in the state where he attended a private Catholic prep school.

The census doesn’t break down how many of the state’s Latinos identify as Puerto Rican. However, the Latino Family Literacy Project in Delaware says there are roughly 23,000 Puerto Ricans living in the state, which would account for 2.5% of the state’s nearly 898,000 residents.

The only group with a larger Hispanic population than Puerto Ricans is Mexicans, which make up 3.4% of the state’s residents, according to the project.

Mr. Biden’s outlandish claim was mocked by conservatives on Twitter, who compared it to the president repeatedly telling a debunked story about getting arrested while trying to visit activist Nelson Mandela in a South African prison.

“Joe Biden was raised in Puerto Rico before he marched for civil rights and got arrested trying to see Nelson Mandela in the slammer,” wrote Ben Johnson, a writer with the Daily Wire.