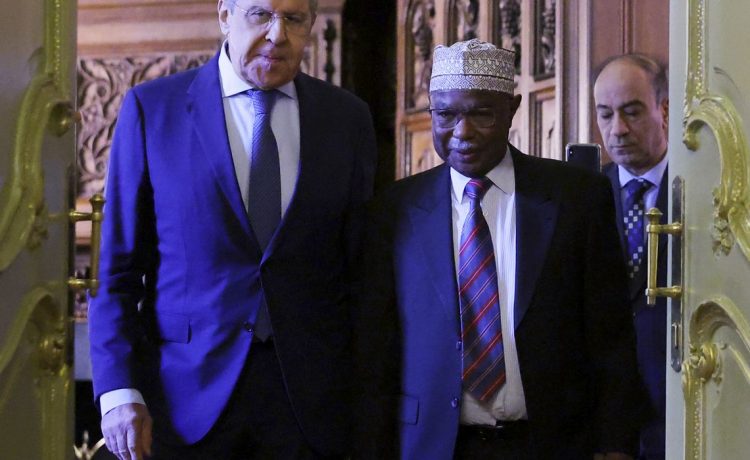 The U.S. and its chief European allies late Sunday rejected Russia’s claims that Ukraine is preparing a “dirty bomb” attack against Russian troops in Ukrainian territory, casting those allegations as the potential first step in a false flag operation that could ultimately spark a nuclear exchange.

In a joint statement, Secretary of State Antony Blinken and the foreign ministers of Britain and France accused Russia of planting the seeds for escalation in Ukraine by raising the possibility of such an attack.

Russian Defense Minister Sergei Shoygu first raised the idea of a dirty bomb strike during conversations with U.S. and European defense officials earlier in the weekend, but the Kremlin has offered no evidence of the alleged Ukrainian plan.

“Earlier today, the defense ministers of each of our countries spoke to Russian Defense Minister Sergei Shoygu at his request. Our countries made clear that we all reject Russia’s transparently false allegations that Ukraine is preparing to use a dirty bomb on its own territory,” the three nations said in a statement. “The world would see through any attempt to use this allegation as a pretext for escalation. We further reject any pretext for escalation by Russia.”

Later Sunday, Mr. Blinken spoke to Ukrainian Foreign Minister Dmytro Kuleba. The two men discussed the dirty bomb allegations and the “broader implications” of the Russian war in Ukraine, the State Department said in a readout of the call.

Russian President Vladimir Putin and other top Russian officials for months have made thinly veiled references to nuclear weapons and their potential willingness to use a tactical nuclear bomb in Ukraine.

Such a move would radically change the nature of the Russia-Ukraine war and would almost surely draw a direct military response from the U.S. and NATO, which could lead to a broader nuclear conflict.

Mr. Shoygu’s allegations Sunday could be the first step in Russia’s justification for such a strike. If Moscow were to claim that Ukraine targeted Russian troops with a dirty bomb — a device containing conventional explosives mixed with radiological material — it could use that incident as justification to respond with its own nuclear attack.

Still, Pentagon officials have said repeatedly in recent weeks that they’ve seen no indication that a nuclear attack is on the immediate horizon.