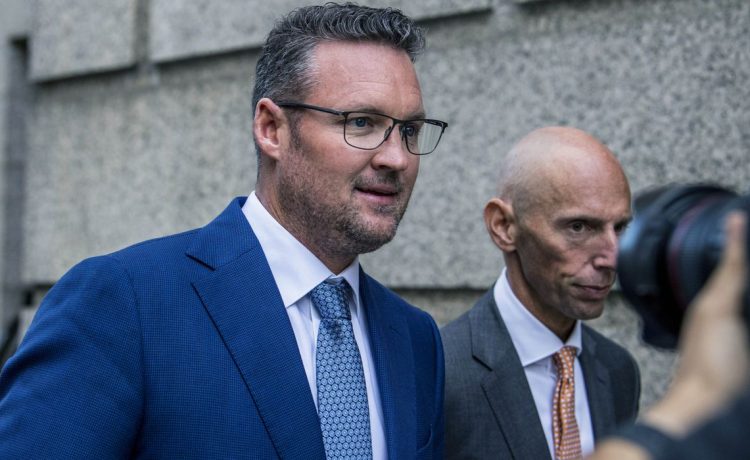 NEW YORK — The wealthy founder of Nikola Corp. was convicted Friday of charges he deceived investors with exaggerated claims about his company’s progress in producing zero-emission 18-wheel trucks fueled by electricity or hydrogen.

A jury reached the verdict against Trevor Milton after deliberating for about five hours in federal court in Manhattan.

At trial, the government had portrayed Milton as a con man while his lawyer called him an inspiring visionary who was being railroaded by overzealous prosecutors.

Those prosecutors alleged that Nikola – founded by Milton in a Utah basement six years ago – falsely claimed to have built its own revolutionary truck that was actually a General Motors Corp. product with Nikola’s logo stamped onto it. There also was evidence that the company produced videos of its trucks that were doctored to hide their flaws.

Called as a government witness, Nikola’s CEO testified that Milton “was prone to exaggeration” in pitching his venture to investors.

“The lies – that is what this case is about,” prosecutor Matthew Podolsky told the jury in closing arguments Thursday.

Defense attorney Marc Mukasey urged acquittal, saying there was “a stunning lack of evidence” that his client ever intended to cheat investors.

Milton, 40, had pleaded not guilty to securities and wire fraud. He resigned in 2020 amid reports of fraud that sent Nikola’s stock prices into a tailspin.

At one point, the trial was delayed for more than a week after Milton’s lawyer tested positive for the coronavirus.