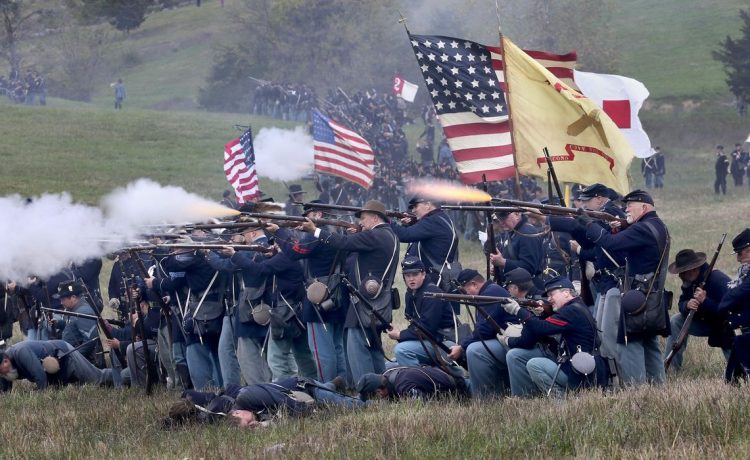 WINCHESTER, Va. — A federal trial for a former Civil War reenactor accused of planting a pipe bomb at a Virginia battlefield and threatening to disrupt other events has been set for next year.

Gerald Leonard Drake, 63, had been on the docket for a jury trial in U.S. District Court for the Western District of Virginia starting Dec. 16. Last week, however, a judge ordered that the proceedings be rescheduled for July to give defense attorneys more time to prepare, The Winchester Star reported.

A federal indictment unsealed last month accused Drake of planting a pipe bomb at Cedar Creek Battlefield, about 80 miles (130 kilometers) west of Washington, during an annual reenactment in October 2017. The pipe bomb did not detonate and was rendered safe by police. But it resulted in the cancelation of the reenactment after its discovery.

The indictment also charges Drake with writing letters threatening violence at subsequent Cedar Creek reenactments as well as at an annual Remembrance Day Parade in Gettysburg, Pennsylvania. Drake has pleaded not guilty.

According to Judge Elizabeth Dillon’s order, his trial is now scheduled for July 10 to Aug. 4, 2023.

Drake is being held without bond in the Central Virginia Regional Jail, the newspaper reported. His attorney, Donald Pender of Charlottesville, filed a motion last week asking that Drake be released until trial.

The motion says that since a prior detention hearing, all firearms were removed from his home. It also says that Drake has dietary restrictions due to allergies, acid reflux and ulcers, and that the jail has stopped accommodating those restrictions.

“He is currently only able to eat bread, water, and some fruit. In addition, his dentures have recently broken, and the jail has been unable to fix them, which further limits what he can eat,” the filing says.

Christopher Kavanaugh, the U.S. Attorney for the Western District of Virginia, has said Drake falsely claimed connections to antifa – short for “anti-fascists” and an umbrella term for far-left-leaning militant groups – in his threatening letters to hide his actual identity and create additional political angst.

In reality, according to the indictment, Drake was a Civil War re-enactor who regularly participated in events at Cedar Creek until he was expelled from his unit in 2014. The indictment does not say that his expulsion motived his alleged misconduct.