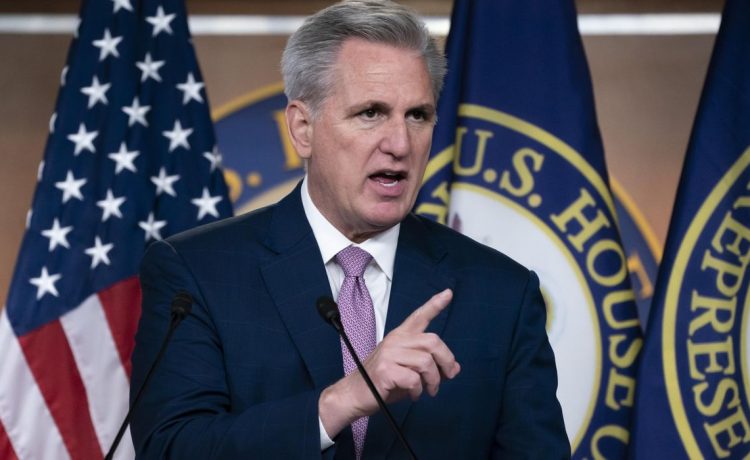 Mr. Trump’s support could help Mr. McCarthy tally the votes he needs to win the job, but dissenters are dug in, with non-McCarthy votes rising from 19 to 20 on the third ballot.

“Some really good conversations took place last night, and it’s now time for all of our GREAT Republican House Members to VOTE FOR KEVIN, CLOSE THE DEAL, TAKE THE VICTORY, & WATCH CRAZY NANCY PELOSI FLY BACK HOME TO A VERY BROKEN CALIFORNIA, THE ONLY SPEAKER IN U.S. HISTORY TO HAVE LOST THE ‘HOUSE’ TWICE!” Mr. Trump wrote on Truth Social, the platform he launched after getting kicked off Twitter in early 2021.

However, Mr. McCarthy visited Mr. Trump at Mar-a-Lago in Florida to patch things up — a nod to Mr. Trump’s influence over the party.

The visit infuriated some Republicans. They said the visit resuscitated Mr. Trump’s political fortunes at a time when the country was poised to move on.

Mr. Trump’s decision to repeat his support for Mr. McCarthy will be viewed as a test of Mr. Trump’s own clout as he runs for president again in 2024.

The House remains paralyzed after it was unable to select a speaker on the first day of the new Congress. It was the first time in a century the race went to multiple ballots, embarrassing the new GOP majority and Mr. McCarthy.

“REPUBLICANS, DO NOT TURN A GREAT TRIUMPH INTO A GIANT & EMBARRASSING DEFEAT. IT’S TIME TO CELEBRATE, YOU DESERVE IT. Kevin McCarthy will do a good job, and maybe even a GREAT JOB — JUST WATCH!” Mr. Trump wrote.